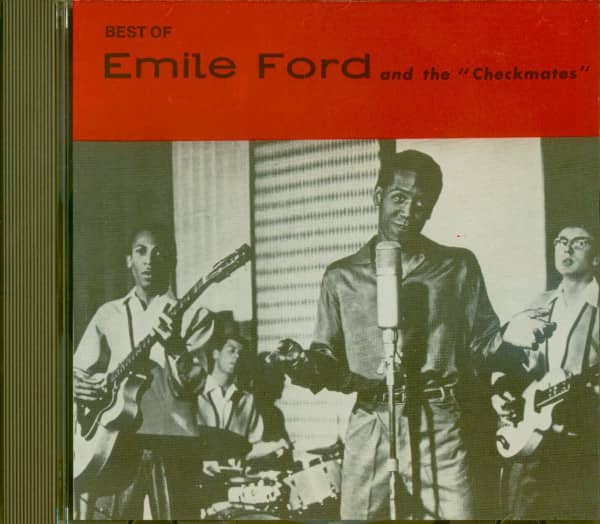 P Secure bonuspoints now
Description
Learn more about Emile Ford
Review 0
Description
(D.R.) 16 tracks (37:59) the original recordings. What Do You Want To Make Those Eyes At Me For?... more
Close menu

Emile Ford: The Best Of Emile Ford And The Checkmates (CD)

Article properties: Emile Ford: The Best Of Emile Ford And The Checkmates (CD)

Emile Ford. British rock was pure white until 1959 when a shy West Indian, Emile Ford, rocketed in and out of favour. Born Emile Sweetnam in Nassau in 1937, he was discovered playing in London coffee bars and decked out with a repertoire similar to Fats Domino's (swinging standards).

He had a backing group, the Checkmates (originally comprising his brother George, John Cuffley and Ken Street), and their first record, 'What Do You Want To Make Those Eyes At Me For?', was a million seller. Follow-ups, however, made little impression, and Ford's career was over in less than a year.

After dabbling in record production he moved to the Continent and still turns up occasionally on rock'n'roll revival shows.

$21.31
Customers also viewed
The Best Of Emile Ford And The Checkmates (CD) 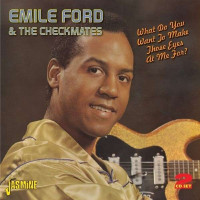 Tracklist
Ford, Emile - The Best Of Emile Ford And The Checkmates (CD) CD 1
01 What Do You Want To Make Those Eyes At Me For
02 On A Slow Boat To China
03 Counting Teardrops
04 Still
05 I Ran All The Way Home
06 Red Sails In The Sunset
07 Heavenly
08 Afraid
09 You'll Never Know What You're Missing Till Yo
10 Don't Tell Me Your Troubles
11 Paralyzed
12 Be My Guest
13 Move Along
14 Send For Me
15 Wiggle
16 Buona Sera
Funktionale