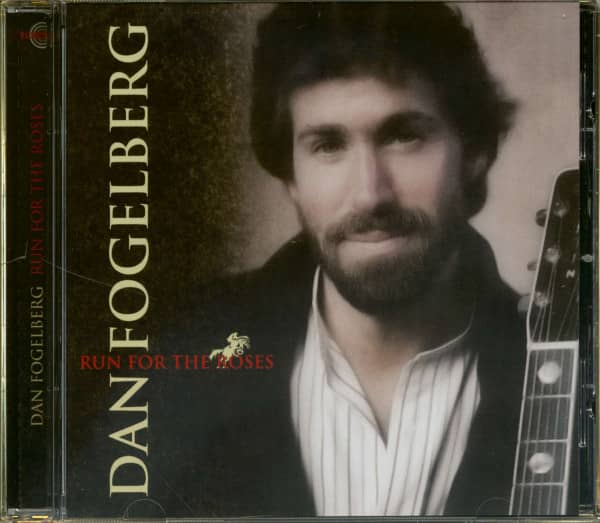 Dan Fogelberg's compelling and perceptive songwriting keeps him fresh and interesting to a wide spectrum of fans that span the musical divides. Just as soon as the press had stamped his style with the help of two FM rock hits, Fogelberg changed track to form an acoustic supergroup! His acclaimed 1985 album High Country Snows saw Fogelberg returning to his early love for bluegrass, a move that would culminate in a landmark promotional tour and a lasting friendship with Chris Hillman, Herb Pedersen and David Grisman.

For his appearance at the Universal Amphitheater in April 1985, Fogelberg wielded a grand serection of past Slits together with some of his latest work, all of which makes for an inspired performance. Echoes proudly presents the entire KMET-FM broadcast of Dan Fogelberg's legendary appearance from 9'" April 1985 at the Universal Amphitheater, LA. Professionally re-mastered original FM broadcast with background liners and rare archival photos.

The ambition of High Country Snows became a reality after meeting with Chris Hillman who, in the absence of his associate Herb Pedersen, quickly acquired Dan Fogelberg to sit in for the trio's engagement one night. "Hillman saw me and said, ' You' re in the band. Let' s go! He shoved an acoustic in my hand, we rehearsed for half an hour and on we went." From there, Fogelberg found himself in a virtual hierarchy of iconic country rockers as he later recalled: "Next thing I knew I was backstage hanging out with (fiddle virtuoso) Vassar Clement, (guitarist-singer) Tony Rice, David Grisma:n, Chris Hillman and all these other people and thinking, Wow, I really like this music, and I' d sort of forgotten how much I do. I also realized that these people somehow thought of me as one of them. So I kind of came home."

A native of Peoria, Fogelberg's virtuoso father had played Chicago speakeasies during the Al Capone era and eventually moved to Peoria to raise a family and teach music at Bradley University. Fogelberg's love of music far out-weighed his own devotion to college and thankfully opted to follow his dreams instead. Early 'garage' trappings came and went via spells in The Clan and The Coachmen, but his heroes (Red Shea, Gordon Lightfoot) would always stay close.

A close affinity with bands such as The Dillards, The Byrds, and Buffalo Springfield reflected the electric/acoustic fusion that would underpin his own career. Fogelberg's compelling virtuosity coupled with his perceptive songwriting, keeps him interesting and attractive to a wide spectrum of fans that span the musical divides. Just as soon as the press had stamped his style with the help of two FM rock hits (Power Of Gold and Language Of Love), Fogelberg changes track and opts to form an acoustic supergroup! "I've always -liked taking risks. As an artist, a .key to longevity is that you have to keep doing different things. You have to keep giving people different sides of yourself or you'll just run it into the ground for the sake of commercialism. With Twin Sons, for example, I'd been getting known as a singer/songwriter; but I had really come to Nashville as a picker. I was getting a little frustrated being labelled as a sensitive balladeer, when I was an instrumentalist.

I wanted to show my stuff and let people know I do other things." As a 1985 interview continues to reveal: "You know, I never got into the music to be the latest, greatest thing. I'm a musician because that is what I am. I will create music the way I want to, whether a million people are listening or no one is listening. That's not the point of creating music. The point is following your own creative instincts."
Fogelberg's 'instincts' had paid off handsomely and his appearance at the Universal Amphitheater LA in 1985 combined his bluegrass affections with earlier FM hits. Chris Hillman's prototype Desert Rose Band (known here as the High Country Band) backed the singer/songwriter for his 1985 tour in support of his celebrated High Country Snows album which Hillman and Pedersen had helped Fogelberg in realising. The setlist here revealed the length of Fogelberg's work that had come to fruition since his 1972 debut Home Free although nothing would surface tonight from that particular effort.

Instead, Fogelberg brings out his hit single Part Of The Plan and Morning Sky from his 1974 follow-up Souvenirs before engaging his audience with two big hitters from his 1981 breakthrough album The Innocent Age in Hard To Say and Run For The Roses. His 1983 single, Make Love Stay and the potent live favourite Nature of The Game interrupt the Innocent Age offerings as Leader Of The Band brings it back and rings out in memory of his beloved father. Another reflective piece from Innocent Age is Fogelberg's autobiographical tale in Same Old Lang Syne, a #9 Billboard hit, accompanied by the High Country Band (Chris Hillman, Herb Pedersen, John Jorgensen).
At this point, Fogelberg brings out his new material from High Country Snows with Earl Scruggs and Lester Flatt's Down The Road Mountain Pass and Jay Bolotin's The Outlaw, both of which perfectly match the provocative Fogelberg textures in Shallow Rivers and The Higher You Climb. The show ends on a high note with his beautiful and trusty rendition of the gospel trad Will The Circle Be Unbroken and in terms of Fogelberg's continued appeal and ability to craft songs of genuine worth, it is and always will be, unbreakable.
Thank you for purchasing this fascinating album on the Echoes label. All our releases feature historical live FM radio broadcasts from the '6os, '7os and '8os and although the sound may not (despite extensive professional remastering) always be of the highest quality, we are sure that you will enjoy the musical experience of these wonderful performances. 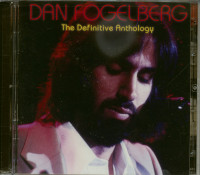 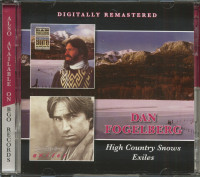