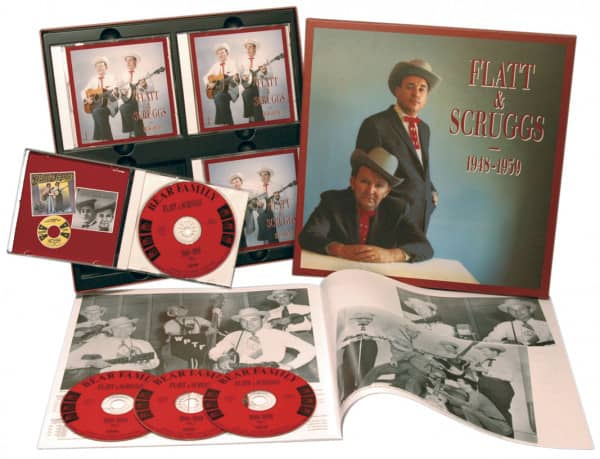 The 5-star reviews for this set showed thatFlatt & Scruggs are far from forgotten since they split up in 1969. Here we have their complete Mercury recordings as well as the Columbia recordings from 1950-1959. Of course, this set includes the original version of Foggy Mountain Breakdown, but it's no exaggeration to say that every one of the 112 tracks is a gem. Titles include Roll In My Sweet Baby's Arms, Jimmie Brown The Newsboy, Tis Sweet To Be Remembered ,Earl's Breakdown, Flint Hill Special, Dim Lights Thick Smoke, Foggy Mountain Chimes, and Six White Horses. Bluegrass music comes no purer or finer. 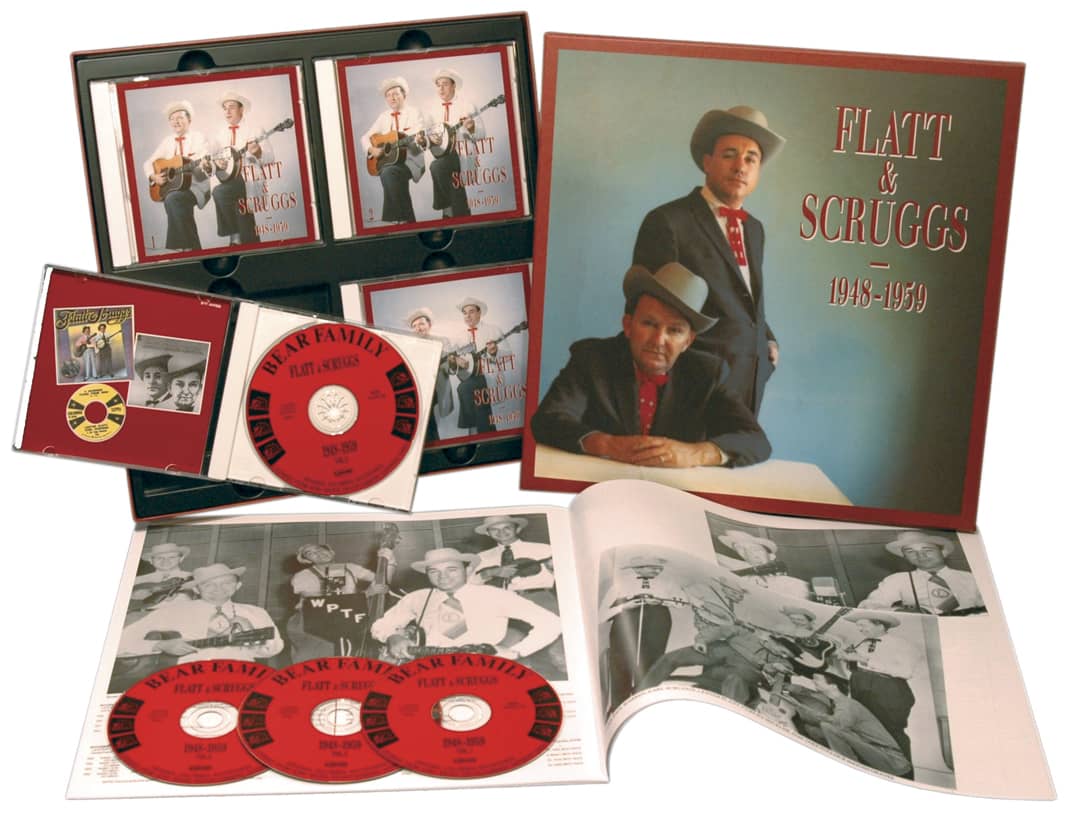 Flatt & Scruggs backed Scoggins and played on commercials for two of the sponsors, Kellogg's and Winston cigarettes. Later on, they made a few guest shots on the show. Henning's melody was generic and probably owed more of a debt to Woody Guthrie's talking blues than to anything in the bluegrass canon. The show began airing on September 26, 1962 and Louise Scruggs pressured Don Law to release The Ballad Of Jed Clampettwhen it was clear that the show was a hit. It charted on December 8, the day that Flatt & Scruggs played Carnegie Hall, and in January 1963, it became the first bluegrass song to ever top the country charts. For all the great music they recorded, Flatt & Scruggs' two biggest hits were The Ballad Of Jed Clampett and a spinoff song, Pearl, Pearl, Pearl.