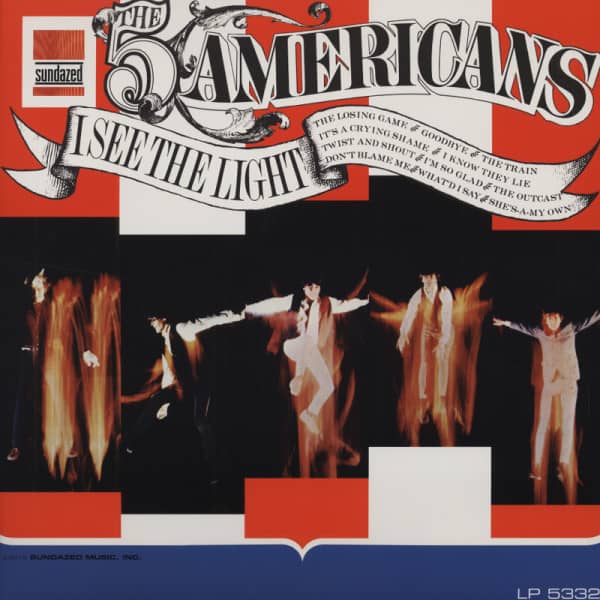 
The versatile Five Americans were so tapped into the heroic pop scene of 1965-66, they were able to pen brilliant original material that could, at times, sound something like the raw garage howl of the Rolling Stones, the jangle of the Byrds, the psychedelic mystery of Jefferson Airplane or the PhD folk-rock of Simon & Garfunkel. Best of all, lead guitarist Mike Rabon, keyboardist John Durrill, rhythm guitarist Norman Ezell, bassist Jim Grant and drummer Jimmy Wright, put their own distinct stamp on a string of smashes that began with the mighty "I See the Light" in early 1966. Hailing from Oklahoma, this hungry quintet hit the jackpot when they moved en masse to Dallas and hooked up with the red-hot Abnak label, run by John Abnor, Sr.

Their debut longplayer, I See the Light, was a perfect snapshot of what made 1966 a watershed year for rock. The song of the same name opens with what may be the most famous held organ note in rock history, then turns to a stomping bass line that would have been the envy of Slade's Doc Marten army six years later. "Goodbye" is a perfect extension of the Slick-Balin vocal tandem about to catch fire in San Francisco. "I Know They Lie" has that Byrds/Brummels Rickenbacker jangle down pat. "Don't Blame Me" and "It's a Crying Shame," a pair of snarling garage-rock nuggets, go directly for the jugular with results every bit as lethal as anything ever cut in the Lone Star state. This vinyl-only release is impeccably sourced from the original mono master tapes, the first time the album has been re-released in ultra-honest, bone-crunching mono. 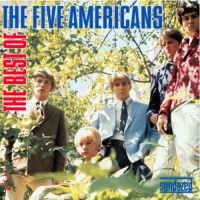 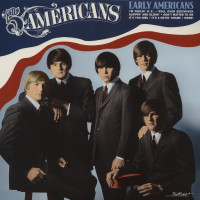