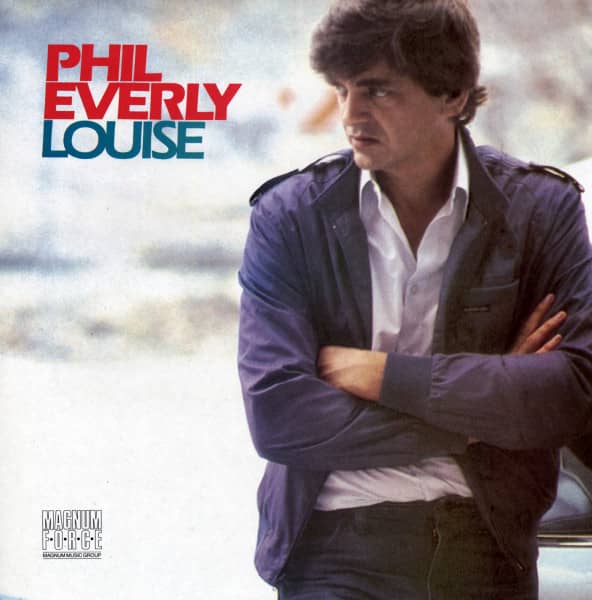 (Magnum Force) 13 tracks - 1980s Capitol recordings incl. a duet with Cliff Richard!
Phil Everly was born on Thursday, 19th January in Cook Country Hospital in Chicago, Illinois, the second son of Isaac 'Ike' Everly and Margaret Everly (nee Ember)). Don and Phil Everly are best known as the two component parts of The Everly Brothers, one of the greatest and most successful duos in the history of popular music.. However, both have revealed the ability to work as solo artists, occasionally while still performing as a duo but most noticeably during their 1973-83 professional separation. Phil's solo career began while the brothers were under contract to RCA Victor. He recorded a very good album entitled Star Spangled Springer (June 1973) which was produced by twangy guitar king Duane Eddy. All the songs except one were written by Phil and Terry Slater; the exception was Albert Hammond's The Air That I Breathe which Eddy wanted to release as a single. In the winter of 1974 a version by The Hollies became a U.K. Top Five Hit. The brothers went their separate ways in 1973 after an ill-tempered and much publicised performance at the John Wayne Theatre in Knotts Berry Farm in Buena Park, California.

Phil considered a number of offers from U.S. major companies before opting for a three album deal with the British Pye label. He recorded his first album in the spring and summer of 1974 and it was released in December under the titles of Nothing's Too Good For My Baby (U.K.) and Phil's Diner (U.S.). All but one of the songs were written by Phil and Terry Slater; it featured a wide range of musical styles and showed that Phil was emerging as a competent and exciting solo performer. The album's critical acclaim prompted him to return to live performances and in March he played two nights at Hollywood's legendary Palomino Club. He returned to England in August to record his second album for Pye — Mystic Line, which was released in October 1975. It was co-produced by Phil and Terry Slater and arranged by Warren Zevon and featured two songs Phil had written for the Everly Bros, When Will I Be Loved, a top ten hit on both sides of the Atlantic in 1960, and the previously unrecorded Patiently; written in 1960. In 1975 Linda Ronstadt had a big hit When Will I Be Loved and it won Phil, and publishers Acuff-Rose, the Robert J. Barton award for the most played country song of the year. Despite all this critical acclaim Phil was not going through a settled phase in his personal life and asked to be released from his Pye contract before completing a third album.

For a couple of years Phil withdrew from the music scene apart from guesting on the recordings of a few fellow entertainers including Dion (Streetheart Album 1976), Warren Zevon (Warren Zevon 1976), Tanya Tucker ( TNT. 1978) and Shandi Sinnamon (Shandi Sinnamon 1979). In 1978 he had made a brief appearance, duetting with Sondra Locke, in the Clint Eastwood movie Every Which Way But Loose; he was featured on the soundtrack album which was produced by Tommy 'Snuff' Garrett. In mid 1979 he teamed up with Garrett to record an album, entitled Living Alone, for Elektra; it was poorly received by both critics and fans and was soon deleted. For a while after that experience Phil's musical activities were only highlighted by a series of performances at the Palomino club where he was a very popular attraction — he made six appearances there in 1980 and the same year he joined Curb Records releasing two singles Dare To Dream Again (November 1981), and Sweet Southern Love (February 1981), both of which gave Phil U.S. Billboard Country Chart Hits. He moved to Capital and achieved more country chart success with his first U.S. single for the label — Who's Gonna Keep Me Warm (November 1982).

As the market was different, it was not released in the U.K. In May and June of 1982 Phil Everly came to London's Eden Studios to cut some sessions with producer Stuart Colman whose efforts with Shakin' Stevens had gained considerable acclaim. Several songs were recorded and Louise was released as a single in October 1982 — it gave Phil his first U.K. solo hit and remained on the chart for six weeks. The follow up She Means Nothing to Me was a duet with Cliff Richard and, in the early part of 1983, it gave Phil a U.K. Top Ten Hit. Capitol released an excellent album Phil Everly (Capitol EST 27670 1983) and two more singles Sweet Pretender (May 1983) and Oh Baby Oh (September 1983.) However, by that time the dates had been set for the Everlv Bros. September reunion concerts at London's Royal Albert Hall and, for the time being, Don and Phil's respective solo careers were put on hold. On Phil's Capitol album six of the eleven songs were written by the partnership of Phil Everly and Terry Slater. The pair had met in 1963 when Terry, as a member of The Flintstones, had undertaken a package tour with The Everly Bros, Bo Diddley, The Rolling Stones and Little Richard (a late addition to the bill). They became firm friends and in 1964 Terry moved to America to further his career and ended up as the Everly Bros. bass player. Over the next few years he wrote a number of songs with Don and Phil and
the Brothers recorded several of them including Up In Mabel's Room which Phil performed on their RCA Victor album Stories We Could Tell (1972). He and Phil wrote most of the songs that Phil recorded for his RCA and PYE solo albums.

This album features the eleven tracks that comprised Phil's solo Capitol album plus both sides of the U.S. Country hit single Who's Gonna Keep Me Warm/One Way Love-, those two tracks, along with Phil's version of McGuinness Flint's 1972 smash When I'm Dead And Gone were recorded in the U.S. and produced by Kyle Lehning, among the featured personnel is vocalist Christine McVie of Fleetwood Mac. The ten tracks from Stuart Colman's London sessions feature some of Britain's leading musicians including Dire Straits' guitarist Mark Knopfler, Rockpile guitarist Billy Bremner and keyboards virtuoso Pete Wingfield as well as Colman himself on bass guitar. In addition to the hit —She Means Nothing To Me, Phil duets with Cliff Richard on the excellent Mend Your Broken Heart which could have given the pair another hit single. This is a welcome release. The tracks are certainly a highlight of Phil Everly's solo career and stand favourable comparison with his great work with Don.
Liner Notes — Bill Williams 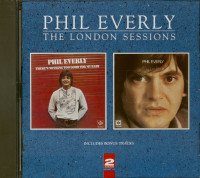 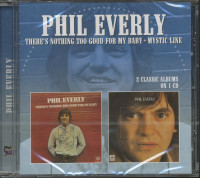