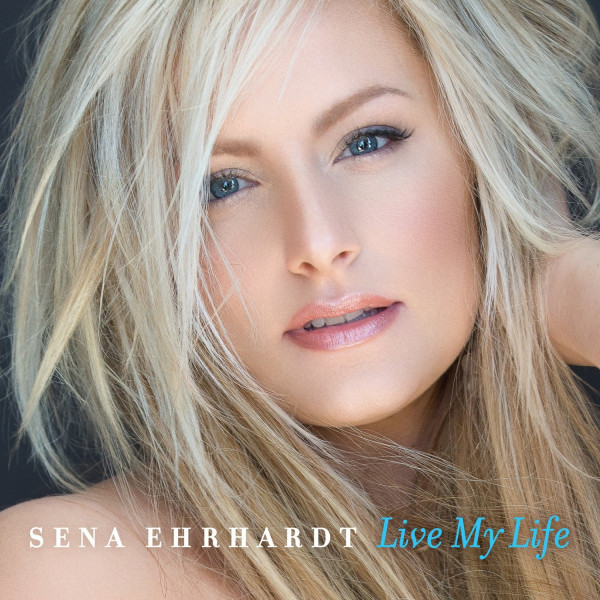 After serving as her band’s lead guitarist and songwriting collaborator through her first two releases, Sena’s father stepped aside earlier this year.  With a new album and a powerful new band behind her, Sena is looking forward to winning new fans and wowing audiences throughout the country as well as internationally, as she continues to come into her own as a vocalist, songwriter and entertainer.

Sena’s growing reputation as one of the most engaging and exciting young voices on the current blues scene, and the buzz about her incendiary performances at clubs and festivals, have caught the attention of roots music heavyweights. She’s been invited to open concerts for B.B. King, ZZ Top, Robert Cray, Dickey Betts, the late Johnny Winter and Gregg Allman.  Live My Life further confirms Sena’s ascendance to blues elite status.

“Working in the studio with producer David Z. at the helm was a dream come true. His catalog of work has been, in some ways, a soundtrack of my life – ranging from Prince to Jonny Lang. In the studio he brought inspired and emotional performances out of myself, my band and the guest musicians on my album. It was truly an honor to work with a creative and contemporary living legend in music. The carefully selected covers are songs that I have held dear to my heart for years, with my own spin on their classic stories and appeal. The process of writing the original compositions for this album, along with my guitarist, Cole Allen, was incredibly rewarding.”

With her commanding stage presence, and gritty, soulfully emotional vocal prowess, Sena Ehrhardt will continue to rank among the very best and most versatile of current blues vocalists.  The journey’s just beginning for this artist, but with the release of Live My Life, along with her expressive songwriting and outstanding performances, the recognition and accolades for this rising star will continue to amass.

$18.53
Customers also bought
Customers also viewed
Live My Life
Tracklist
Ehrhardt, Sena - Live My Life CD 1
01 Stakes Have Gone Up
02 Things You Shouldn't Need To Know
03 Slow Down
04 Help Me Through The Day
05 Live My Life
06 Chilled To The Bone
07 Too Late To Ask
08 Everybody Is You
09 If Trouble Was Money
10 Did You Ever Love Me At All
11 Come Close
Funktionale