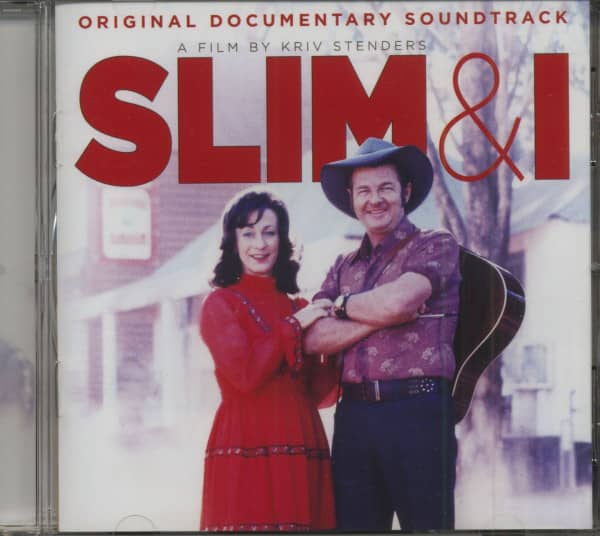 The soundtrack to SLIM & I, like the film, presents a refreshing approach to the story of Joy McKean and Slim Dusty. An eclectic mix of Slim & Joy’s catalogue spanning 50 years is interspersed with interview excerpts from the cast of the film. Australian music icons Troy Cassar-Daley, Kasey Chambers, Bill Chambers and Missy Higgins all present insights and acoustic performances of Joy’s songs made famous by her late husband Slim Dusty. Paul Kelly and Don Walker also join the commentary making this a truly extraordinary piece of Australian music history and a unique perspective on Slim & Joy’s musical legacy.

Featured on the soundtrack is a brand new song I Don’t Believe You penned by the lady herself Joy McKean. I Don’t Believe You is Joy’s first composition in over a decade and a collaboration that spans three generations of her family. The track is co-written with Joy’s grandson James Arneman and his wife Flora Smith who front up-and-coming Melbourne country outfit Small Town Romance. The song is Joy’s writing at her most honest and poignant, reflecting on the artist’s legacy and is performed by Small Town Romance and Joy’s daughter Anne Kirkpatrick.
“The song was written a couple of years after Slim passed,” says Joy. “I’ve always been a believer in the saying that as long as you remember someone they are never really gone. I realised that Slim, his music and his legacy will live on. This inspired the lyrics ‘Don’t say a song won’t live, after the singer. Don’t say that love is lost, while the memory lingers. I don’t believe you.‘