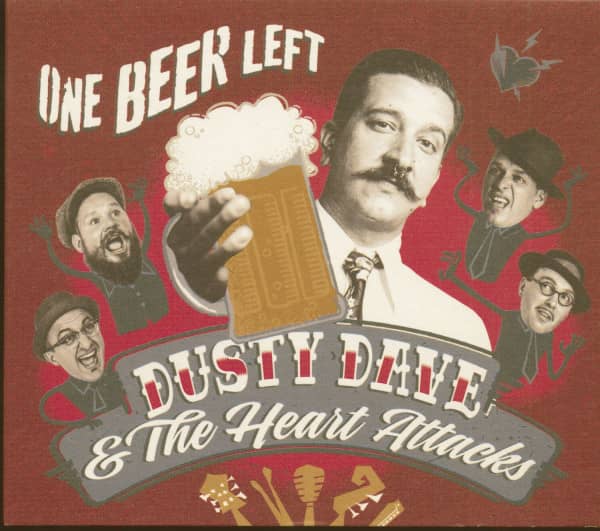 (2017/Rhythm Bomb) 14 Tracks - Ecopack - After releasing their debut single on Rhythm Bomb Records in 2014, The Heart Attacks are finally back with a full length album, featuring an even more brute sound and a new singer called Dusty Dave. Dave totally lives up to his name and graces the 14 songs with his distinctive, smokey voice, sometimes reminiscent of the mississippi delta, sometimes reminiscent of chicago. He is getting support by Lucky Steve on guitar, Dynamite White on Blues Harp, Rockin’ Bende on Drums and Ray Black on Bass, who is also in charge as the producer of this record. „One Beer Left“ is a longplayer which ranges stilistically from extensive, spherical blues boppers to groovy early 60’s R&B to dirty Rockin’ Blues. A musical challenge which is pretty hard to accomplish but invites the audience to an interesting trip through the world of the blues. In contrast to other blues bands, who cover classical material in a perfect way, Dusty Dave & The Heart Attacks prove that they are darn good at one central thing: putting their hearts and souls into their music.