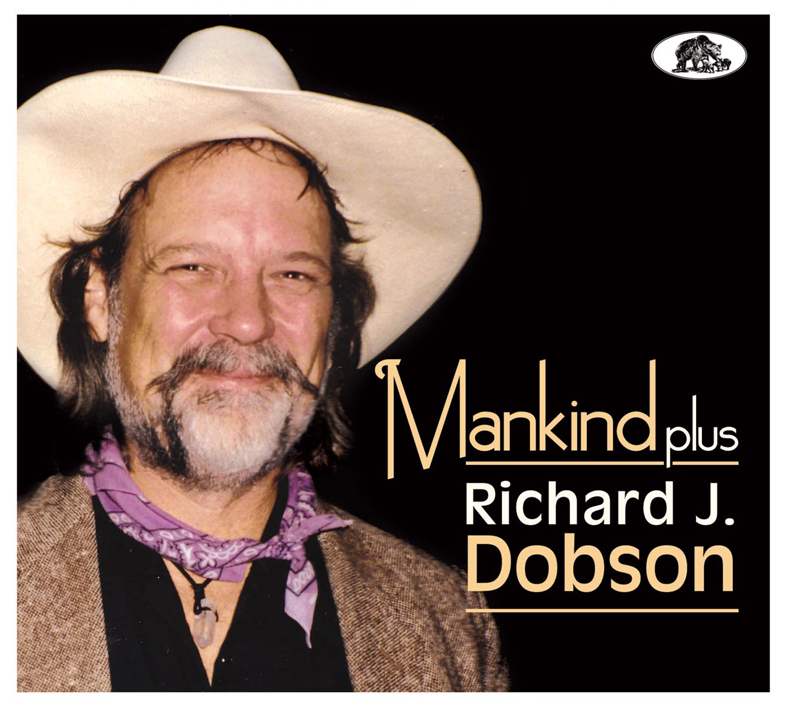 Richard Dobson, one of America’s finest songwriters and singers, died December 16, 2017 at age 75 in Switzerland.

The Texas-born artist will be remembered especially for Piece of Wood and Steel, a song he wrote about his way-worn Martin D-18 guitar. Richard spent time in the 1970s with like-minded artists like Steve Earle, Rodney Crowell, Guy Clark, and especially Townes Van Zandt. His songs were recorded and covered by better-known artists like David Allen Coe (Peace of Wood and Street), Guy Clark (Forever, for Always, for Certain; Old Friends), Lacy J. Dalton (Old Friends) and Nanci Griffith (Ballad of Robin Winter-Smith). His song Baby Ride Easy was recorded as a duet by Johnny Cash & June Carter Cash for the TV show ’Christmas On The Road’ in Montreux in 1984.

I can't recall when exactly it was that I first heard Richard Dobson play. Must have been around 1988. What I know for sure is this: It was in a dingy bar in Einsiedeln, a Swiss mountain town known for its Benedictine abbey. He was up there on a small stage, sporting a six-foot-something frame and his then-signature black leather vest, and he was backed by Sergio Webb on guitar and Susie Monick on banjo and accordion. A voice like single malt straight from the cask, with hardly a cover tune, but if so, one by Townes Van Zandt.

This was no Nashville country. Not by any means. Dobson's tunes never were the stuff you mindlessly line-danced to. He used to call his ever-changing band 'State of the Heart', and he knew why: Not only was the name a reference to his birth and home state, Texas, but it  as also to what he was doing up on that stage: he was singing his heart out.
Imagine a tall dude with a beard and a way-worn Martin D-18 singing lines like these: "You tried to tell me what was right / I told you what was real / All I ever lived for / Was this piece of wood and steel." Tacky? No, true. True as life. Dobson is not about decorum, and he doesn't much give a damn about what others think. His first of two autobiographical novels, 'The Gulf Coast Boys,' has him smoking marijuana on the very first page.

After the gig, we somehow ended up in Dobson's hotel room. It was a scene I'll never forget: Richard and his then-girlfriend and banjo player Susie Monick sat on the bed, while my best friend Edith, the woman who had talked me into coming to the gig, and her husband sat on the floor. So did I, holding my old jumbo maple Takamine. We played some bluegrass songs: Blackberry Blossom, Wildwood Flower, and some Cash, Tennessee Flat-Top Box, and Big River.

Richard Dobson, born in Tyler, Texas, in 1942, is a real Houston kid. But his musical education began in The Hague, Netherlands, where his parents had moved when Richard was eight years old. During the year in Holland, he and his younger sister were sent to an English school, and their parents thought it might be the right time for the kids to learn to play an instrument. Richard reluctantly agreed to piano lessons: "I was rebellious," he recalls, "and often disinclined to go along with what my parents suggested." It soon became clear that he and the piano teacher were not a good match. "She found my Texan accent barbaric", Dobson says, "and when I told my parents I wanted to quit, they said okay."

At home, Richard was always exposed to music by way of his father's enormous collection of European music, mostly classical. His mother loved musicals. By his mid-teens, to the disapproval of his parents, Richard was listening to Hank Williams, R&B and early rock 'n' roll. He spent his teenage years on the Gulf coast in Corpus Christi and Houston, finishing high school in Santa Fe, New Mexico when his father, an oilman, moved to another overseas assignment.

Twelve years after those unfortunate piano lessons in The Hague, Dobson bought a secondhand guitar in a shop in Cali, Colombia and began teaching himself to play. He finished college with a degree in Spanish and spent some time with the Peace Corps in Chile. Later, he taught Spanish and English at a school in Michigan for a year, and lived in New York for a time, while working as a barman at the rock club, Max's Kansas City. It was around that time that he started writing; prose at first. After his first manuscript was turned down by several publishers, he moved to New Mexico to give it another try. "There", he remembers, "a series of revelations occurred, and what had been my sideline became my mainline; I became addicted to songwriting and put everything else on the back burner."

Since college days Dobson had worked on drilling rigs, and later on fishing and oilfield boats when he needed money. He always took a guitar with him and wrote songs during his time off. Some of those songs are still around today, the most famous one being Baby Ride Easy, a funny little tune that was recorded by Carlene Carter and Dave Edmunds, and later on by Johnny Cash and June Carter. Dobson never knew until the album, 'Out Among The Stars' came out, released posthumously, ten years after Johnny Cash's death. For Richard it was an immense honour. When I asked him what his first thought was when he heard about the Cash cut, he simply stated: "I wish my parents could have lived to see this." Everybody else would have had dollar signs in his eyes. Not him.

He doesn't seem to care that he's getting his biggest pay check from a song that, and he'll forgive me for saying this, does not rate among his finest. Merle Haggard has been through this, Kris Kristofferson, and so many other great songwriters. It's the recognition that counts, an accolade that comes late but is well-deserved.

His first love, though, was literature. After having grown up on a steady diet of Hemingway and Kerouac, Dobson studied Spanish literature. One day he heard a song by Kris Kristofferson. "It was then that it occurred to me that writing songs might be an option", he recalls. "But I knew from the start that it would be hard for me to find a place for my songs in Nashville." At that time, in 1971 an intellectual songwriter niché had established itself in Nashville: Guy Clark and his wife Susanna, Rodney Crowell, Skinny Denis Sanchez, and of course Townes Van Zandt. Dobson knew where he belonged. "Songwriting", Dobson writes in his memoir, "was not so much a business as a way of life." In order to support himself, Dobson found a job as a bartender at Bishop's American Pub, which became one of the first open-mic places in Nashville. Players were allowed to perform three songs, with three free beers allowed to each musician, and a chance to pass the hat. The party would continue at a ramshackle house on Acklen Road long since demolished. It was in 1972 that Richard Dobson wrote one of his finest songs, Piece Of Wood And Steel, about his Martin D-18. David Allan Coe later recorded the song – and even claimed it as his own.