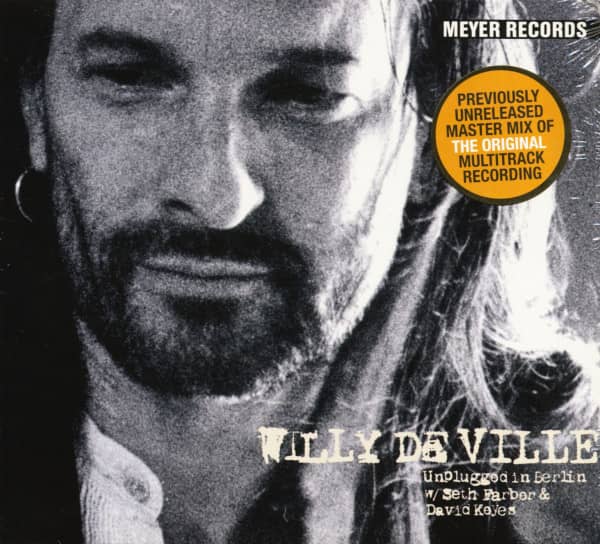 Unplugged in Berlin is the great Acoustic Trio concert by Willy DeVille, which has been on the market in bootleg quality for several years, but has now been reissued in a technical top quality appropriate for the concert by the small but fine Cologne label Meyer Records.

The instrumentation almost gives the character of the concert. Grand piano, upright bass, now and then dobro, acoustic or electric guitar give the unforgettable voice of Willy DeVille its perfect, this time very intimate frame. Willy does not need more. Thankfully, the grand seigneur of great feeling has been given the space to tell his stories on this recording.

On this evening in Berlin he was in a chatting mood that is rare for him on stage. Almost every song is given its own story by Willy. One has to thank the publishers for giving him this space on the recording as well. That alone makes this recording special. One could almost say "Unplugged in Berlin" shows 'Another Side of Willy DeVille'. A wonderful concert finds an appropriate preservation.

This product will be released at 1 September 2022

This product will be released at 1 September 2022