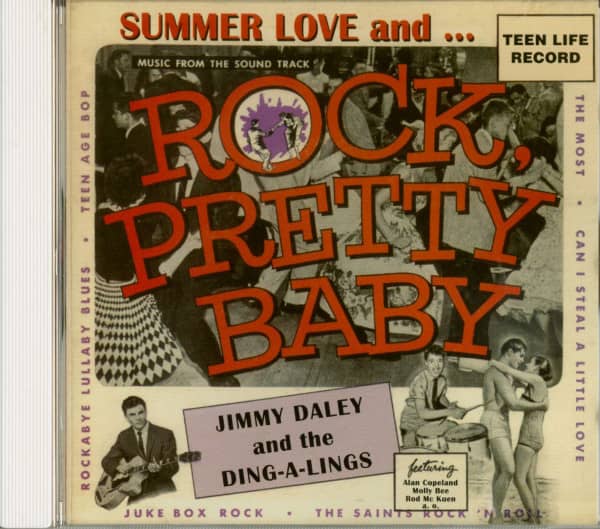 Although the label on their 1957 Decca soundtrack album ‘Summer Love’ claimed it featured the music of Jimmy Daley and The Ding-A-Lings, there was no such band. They’d been invented for the ‘56 movie ‘Rock, Pretty Baby’ so handsome young star John Saxon could mime rock and roll ditties while portraying Daley (The Modernaires’ Alan Copeland actually sang the title theme). The movie’s cast also included Rod McKuen and Sal Mineo as Ding-A-Lings; Henry Mancini supervised the musical content in the studio. Despite the movie spawning no hits, Decca kept the Daley franchise alive by bringing in Los Angeles teenager Kip Tyler to handle vocals for a May ’57 non-soundtrack session that included Bongo Rock.

When ‘Summer Love’ was filmed as a sequel (singer Molly Bee had been added), Tyler stood behind the studio mic to belt the swinging title track for Saxon to lip-synch (the song was co-penned by Mancini). Daley and The Ding-A-Lings were retired after the film faded from drive-in screens, but Kip made late ‘50s rockers under his own moniker for the L.A. diskeries Starla, Challenge, and Ebb.