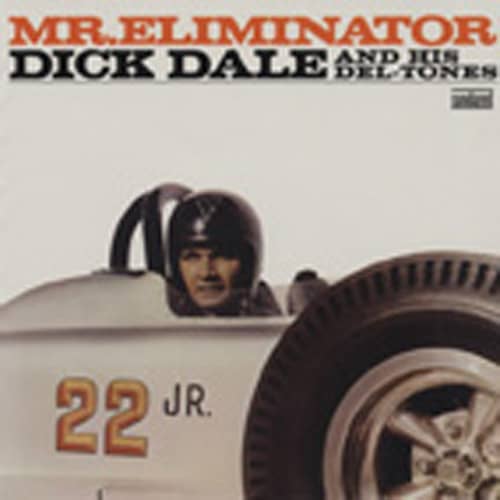 1964's Mr. Eliminator, the second album of hot-rod songs from Dick Dale, is another fuel-injected fun ride down the asphalt aisle! Once again, Dick shreds his way through scorching guitar instrumentals like 'The Victor, ' 'Nitro Fuel' and the tenacious title track. But that's not all! Vocal selections like the Bo Diddley-beat-driven '50 Miles to Go' and 'My X-KE' paint vivid portraits that any gear-head can appreciate. The studio pit-crew assisting Dick includes top-notch players Glen Campbell, Jerry Cole, Earl Palmer, Plas Johnson and future Beach Boy Bruce Johnston.

Talk about firing on all cylinders! From start to finish, Mr. Eliminator sets them up and shuts them down. This Sundazed Music edition of Mr. Eliminator is sourced from the original Capitol Records stereo masters. I'll meet you down at Hot Rod Alley after the victory lap!

A defining moment for surf music may have indeed happened 30 years after the peak of the craze that swept all of America in the early 1960s. 'Miserlou' with its punctuating, exotic guitar attack has remained the most enduring surf song of all time. And ... it has become a visceral anthem that has transcend. IN culture from which it was No.

That signature riff helped propel Quentin Tarantino's 1994 motion picture Pulp Fiction to cult status. Not to mention introducing a new legion of fans to the sound of Dick Dale. Guitar Hero II included 'Miserlou' in their 2006 edition, giving even more credence to this song as a timeless classic that keeps resurfacing in commercials and in film. Dick's intricate style of playing gave birth to the guitar virtuosity of hard rock and heavy metal. Inspiring the likes of Eddie Van Helen and Jimi Hendrix, who appreciated how Dick moved the electric guitar up front more than had ever been done before.

His electric guitar and amps (DD output transformer) were set to a 10-plus output level ... the first time in history! Having been crowned "King Of The Surf Guitar" in the early 1960s, Dick Dale literally invented surf music with "Let's Go Trippin- and "Surf Beat'' and he took the genre farther and deeper than any other performer before or since.

It was tribal, it was exotic, and it was sexual. His concoction was the right soundtrack for the early 1960s and ushered in a new California sound that married the sport and its music. Surf music was the perfect playground for Richard Monsour, the son of Polish and Lebanese heritage who was born in Quincy, Massachusetts, and moved to Orange County, California, in 1954.

'No Levi's or Capris, please'

His first hero in music was Gene Krupa. Dick would emulate the pounding rhythm of the big band drummer while banging on whatever surface was in the Monsour house. He also became proficient at playing the trumpet. Dick eventually appeared on the Town Hall Party TV show in Compton, California. He learned to love country music, and he followed the advice of an L.A. disc jockey.

Who suggested that he change his name to Dick Dale in order to sound more like a country star. His sound evolved to basic rock 'n' roll. He began getting booked into the El Monte Legion Stadium (''no Levi's or capris, please") with Johnny Otis, Sonny Knight and other L.A.-based R&B acts.

He eventually cut a handful of singles on his dad's fledgling Deltone label, beginning with 'Ooh Wee Marie,' a vocal that was not even close to the surf genre. Surfing had its own sensibilities and gestalt that infiltrated pop culture in the early to mid-1960s. In the late 1950s Dick started playing surf-inspired music at The Rendezvous Ballroom in Newport Beach, California. The response was slow at first, but Dick quickly gained a reputation and a loyal following. Playing to 4,000 people a night. (A little-known fact is that Dick's early surf songs were named by his fans, many of whom also rode the breaks in Southern California.) Dick Dale played loud.

His sound was unique. Contrary to popular belief, he used no revert on his first LP 'Surfers' Choice,' or on his 1961 hit "Let's Go Trippin'," It was pure Dick playing on 16 plain. 18 plain, 20 plain, 39 wound. 49 wound and 60 wound guitar strings ... they called them telephone cables!! Dick Dale was the real deal. His picture on the cover of 'Surfers' Choice' shows him about to bottom turn on a four-foot glassy wave.

You never saw The Beach Boys, The Chantays or The Surfaris on a wave. Dick surfed from sunup to sundown ... it was his lifestyle. Dick's look was at odds with his title as "King Of The Surf Guitar". His pompadour was a throwback to the 1950s. But Dick never used grease on his hair, it was hairspray ... grease could get on his board and make it slippery. He even wore a continental suit complete with skinny tie and black. pointed shoes. All of which spoke more of his individuality as a maverick and left-handed guitar innovator.

Before surf music as a style dominated the airwaves, the instrumental bands were popular but something of a novelty. Dick's music would expand that envelope. "Let's Go Trippin'" (no reverb) was a double threat as it capitalized on the dance craze and the popularity of instrumentals.

Miserlou - As far as amplifiers go

Dick followed 'Let's Go Trippin'' with the Arabic love song 'Miserlou' (the word ''Miserlou" means "The Egyptian"). The song actually dates back to 1927, but Dick's version showcases his "staccato" machine-gun style of picking, which has become one of his more potent and recognizable calling cards. Prior to this, Link Wray was the only other guitarist who had played with such ferocity. As far as amplifiers go. before Dick Dale, there were no power amps with power output transformers and speakers.

The first step in the Dick Dale power sound came from an 85-watt amplifier. With the ''Dick Dale" output transformer custom-made by Leo Fender, peaking at 100 watts. The second step came when Dick insisted on two 15-inch JBL D-130F speakers that could handle the new DD 100-watt output transformer peaking at 180 watts. That, my friends, was the beginning of heavy rock and the domination of the electric guitar in popular music. "Miserlou'', snaps and crackles with a torrent of intensity, making it an instrumental anthem that sounds as fresh today as it did when it first hit the charts.

Dick told the Los Angeles Times in 1981: "I still remember the first night we played it. I changed the tempo and just started cranking on that mother. And it was eerie. The people came rising up off the floor, and they were chanting and stomping. I guess that was the beginning of the surfers stomp.

King Of The Surf Guitar

I knew I tapped into some sort of power, and that power was labeled surf music".  Following the release of Surfers' Choice, Dick was still considered pretty much a West Coast artist. The suits in the Capitol tower felt that a new approach was due for his next album and that they should market him beyond surf instrumentals. To keep in line with the popularity of surf music, the album came out as ''King Of The Surf Guitar'' (1963). It was more highly produced, with The Blossoms (featuring Darlene Love) providing the backup vocals to the title track. This album certainly did a lot to broaden his appeal beyond the surf niche. Car songs had now entered the pop arena, with The Beach Boys seeing acceleration up the charts with "409.'' The race was on with a slew of artists hitting the hot rod genre with gas-injected. "motorvatin'" 45s.

Dick was on top of it with his album 'Checkered Flag' in 1963. Clearly, gas and surf mixed well with the teen market. But by 1964 The Beatles were in, and surf music was fading from the popular radar. Dick cut his last album for Capitol, 'Rock Out/Live At Ciro's,' in 1965. The next year Dick was diagnosed with rectal cancer. Fortunately he beat the disease, but there were rumors his illness had become terminal.

While recording "Third Stone From The Sun" and later. Most famously live at the Monterey Pop Festival, Jimi Hendrix paid tribute to a supposedly dying Dick Dale with the line. "You'll never hear surf music again ... I bet that's a bog lie" Dick beat the cancer but took time off, pursuing hobbies such as martial arts, flying and, of course. surfing. At its peak, the surf music craze really only lasted three years, but it was a great ride. Dick Dale, on the other hand, is credited with starting the genre and incorporates it into his live show to this day. His multiple styles continue to propel him beyond the constraints of a single musical category, which resonates with old and young fans alike. To them he is a guitar shred- meister.

His sound palette is a direct link to world music, heavy metal and alternative rock. It proves that all the elements that have gone into the "Dick Dale" music amalgamation are ingredients that continue to make the rock music genre so compelling and rich. Dick Dale is an unstoppable force. Odds are he is playing a show in front of a packed house somewhere on this planet tonight.

Since then, Dick Dale has toured regularly, mainly in the States, also performing at such events as the Rockabilly Weekender 'Viva Las Vegas' and was on stage until his tragic death on March 16, 2019. 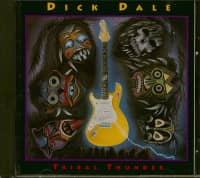 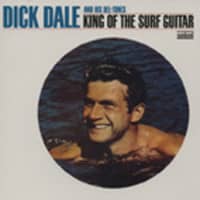 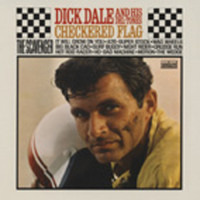 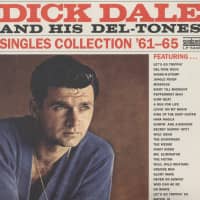