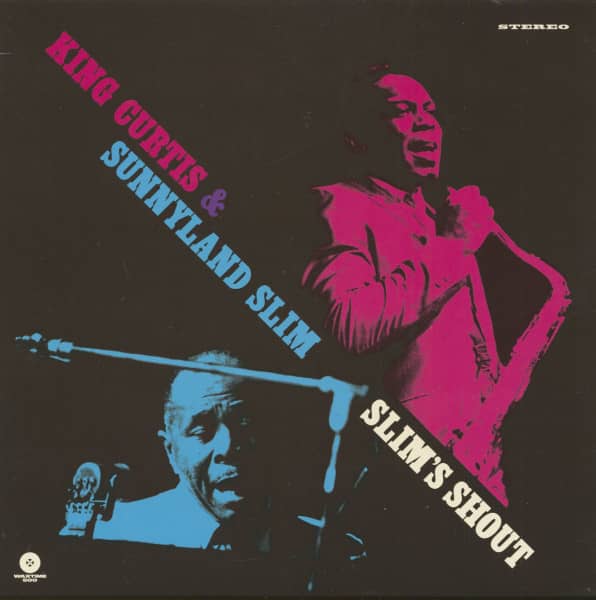 Although he was relatively unknown by the listening public during his career, King Curtis gained a reputation for his rough-cutting saxophone sound thot perfectly complemented rousing R&B numbers, as well as blues and soul music. His staccato style on the tenor sax (known as 'a yokety sax') is instantly recognizable. His trademark was a honking Texas tenor sound inspired by his main influences, such os Illinois Jocquet, Rod Bostic, and Arnett Cobb, albeit with a rock & roll edge. King Curtis (born Curtis Ousley on February 7, 1934, in Fort Worth, Texas) was a dynamic sox player whose work graced countless blues and R&B recording sessions. His bubbling, stutter-style playing brought a touch of ion and a whole ton of R&B and blues in the early 1960s. One of the great singer-piano players of the 20th century, Sunnyland Slim introduced his own powerful brand of Mississippi Delta-blues piano and helped build post-World War II Chicago into a major center for the performance and recording of classic acoustic and electrified blues. Sunnyland Slim (bom Albert Luandrew, on September 5, 1907, near Vance, in the Mississippi Delta) worked with blues greats like Ma Rainey and Little Brother Montgomery, and fostered the careers of many others, most notably Muddy Waters. In the liner notes to the album Sunnyland Train, Slim was described as a man 'who reveled in the hardscrabble, often profane blues life, yet could see - and taught others to see - the handiwork of God in people from church sisters to streetwalkers; a man whose faith enabled him to travel the hard, dangerous rood of a bluesman and yet never fall prey to bitterness, self-destruction or despair.'

For more than 50 years, the towering Sunnyland Slim rumbled the ivories around the Windy City, playing with virtually every local luminary imaginable and backing the great majority in the studio at one time or another. Slim's first recording was as a singer with Jump Jackson's bond on the Specialty label in September 1946. His first recordings as a leader were on the Hy-Tone and Aristocrat labels in late 1947. Slim continued performing until his death on March 17, 1995 (he died in Chicago of complications stemming from kidney failure). Like so many other blues musicians, the legendary Sunnyland Slim never achieved a level of mass appeal in accord with his stature in American music history.

This essential release presents the blues masterwork Slim's Shout (released on Prestige/Bluesville in 1961). The album was recorded by Rudy Van Gelder in his studio at Englewood Cliffs, New Jersey, and features Slim as o leader, accompanied by Curtis and other jou session players from the New York City scene, such as organist Robert Banks, bassist Leonard Gaskin, and drummer Belton Evans. Here Sunnyland Slim runs through a bunch of his own standards in pristine stereo sound. Highlights include 'The Devil Is a Busy Man,' 'Shake It,' and 'It's You Baby,' os well as the remake of 'Sunnyland Special' - one of Slim's most celebrated tunes.

Even though the original liner notes to Slim's Shout state that it was his debut album, he had actually previously recorded on LP titled Chicago Blues Session for the small local label 77 Records.

The 2 bonus tracks contained on this collector's LP vinyl limited edition, 'Everytime I Get to Drinkin'' and an earlier reading of 'Brownskin Woman,' belong to Chicago Blues Session.
Gary Blailock

ORIGINAL LINER NOTES: In its continuing project to finally record again major blues singers who for years have largely been just names in auction lists of out-of-print records, Prestige's Bluesville series now provides Sunnyland Slim with his first album. A friend of Big Bill and many of the other blues storytellers who based themselves in Chicago, Sunnyland wos on Muddy Waters' first records and mode several memorable sides through the years under his own name.

Sunnyland begins this album with one of the oldest themes in the blues - a mon forgotten in prison. His accompaniment (the some as on Roosevelt Sykes' second Bluesville album, The Honeydripper) is suitably strong and uncomplicated. Sunnyland recalls the kind of piano that grew up in Southern turpentine camps, barrelhouses and bravely informal 'cafés' in his 'Slim's Shout,' which also includes a sloshing solo by Texas-born King Curtis.

'The Devil Is a Busy Man' is a recurring theme in Sunnyland Slim's conversations. Sunnyland has had more than slight experience with women who one not nearly so guileless as they appear 'There are so many ways,' he was saying while talking about this song, 'to act a fool. The one thing about life I can tell you is don't ever be too sure.'

Sunnyland doesn't read music. Accordingly, he first gets a story - or sometimes just a title - in his mind. When the story's done, he works the music out on the piano (or they may grow together). 'Brownskin Woman,' for example, is on illustration of the Sunnyland Slim method. 'I was riding on a Lake Street car and I looked at a woman. She was the prettiest woman; she was naturally stacked. 1 got my book and pencil out and put down, 'Brownskin Woman.' Back home, back in the kitchen where I work, wrote this song.' Like many blues, the message is existential. Let's make it today, because tomorrow I may be gone. King Curtis, as in the other tracks, shouts agreement and underlines the urgency of getting what love you con while it's there. But love has often proved so transitory that Sunnyland Slim can't help but end the song by threatening what he earlier said he feared. Tomorrow he may be gone.

'Shake It' puts Sunnyland into the role of an autumnal lover who reassures his young 'mama' that he still has what it takes. There is no time for long-range, euphemistic courting. The girl will get a Cadillac and a diamond ring (well, something) if she heeds his appeal. If she doesn't, she won't get a damn thing.

'Decoration Day' is a blues for Sunnyland's wife, Freddie Lee, who died last year. 'Baby How Long' is Sunnylond's version of Leroy Corr's 'How Long Blues.' The 'Sunnyland Special' is on easy rolling blues with organist Banks first supplying the boogie-woogie figure the pianist would normally be playing in his left hand, and then Banks takes over for a remarkably limber solo of his own. Banks con make the organ scream, but fortunately, he can also make it swing gently, though always firmly. King Curtis digs in too with a characteristically hot, driving solo. Sunnyland, by the way, still plays some organ but would like to take some courses. 'It's the feet port that bothers me; the other part I can do.'

'Harlem Can't Be Heaven' presents a wishfully roseate view of city women ('if you find a real ugly woman in Harlem, she's either rich or from some other town'). Blues singers who come from the country often put down country women in their songs, but I coped it's the country life those girls remind them of that's the main target. The final, rocking 'It's You Baby' is another tale of how a city woman can twist a man, but Sunnyland's blues don't cry about this perennial trap. There are some pleasures in it too, after all.

After the date, Sunnyland was asked how he determines the keys in which he sings. 'I just know them. 1 just follow my voice. Tomorrow, if my voice is different - maybe from whiskey - I'm in another key.' In the blues, what works is right. Sunnyland, as a final note, got his nickname because when he was coming up, a popular blues began 'I thought I heard that low down dirty Sunnyland.' He sang that blues well, and with the conviction that comes from knowing how low down o man can be. 'After a while, I was Sunnyland to the people who heard the song.' Sunnyland's been telling the blues for a long time and he's mode a lot of sessions, but he's particularly proud of this, his first album. 'This is the best session I ever had in my life. 1 never enjoyed nothing no better.'
Nat  Hentoff (co-editor The Jon Review) 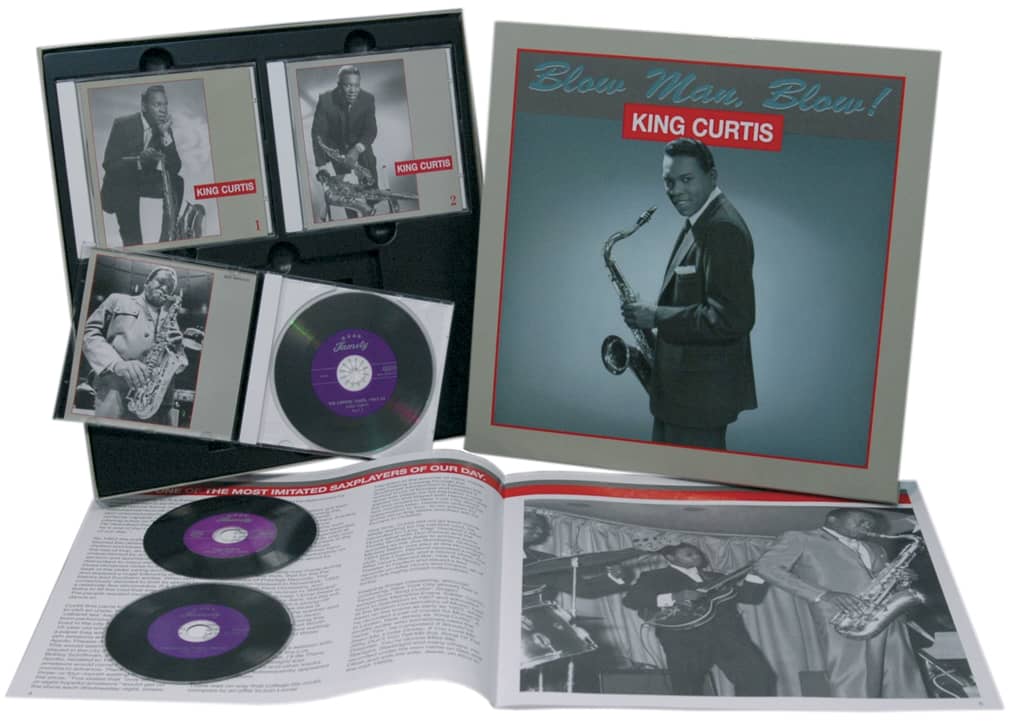 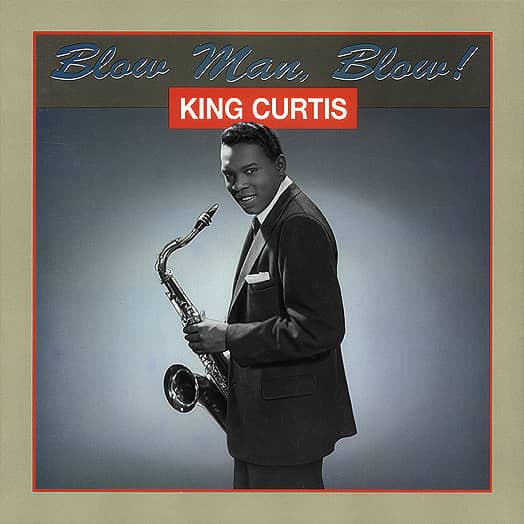