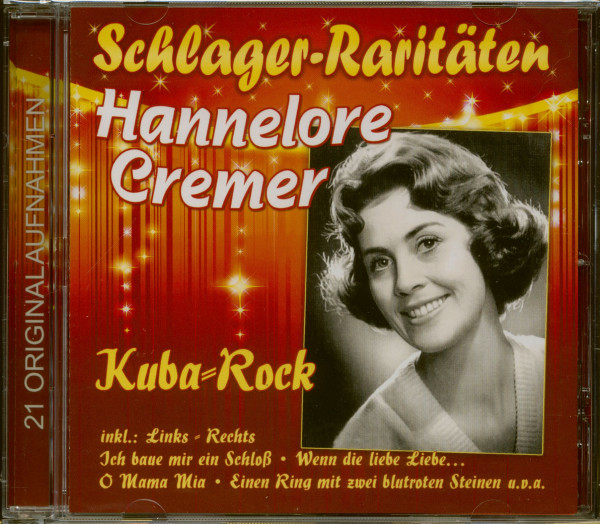 Hannelore Cremer was born on 26.05.1936 in Düsseldorf. After her education at the Staatliche Schauspielschule Stuttgart she got her first theater engagements in Düsseldorf, Ulm, Gelsenkirchen and Augsburg. In 1958 she was discovered as a pop singer and released her first single in the same year. With the title Kuba-Rock (Ha-Ha-Ha) she even became a German rock'n'roll singer. However, Hannelore Cremer first became known as an actress. She played the cooking wife Renate in the then popular cinema commercials for Dr. Oetker.