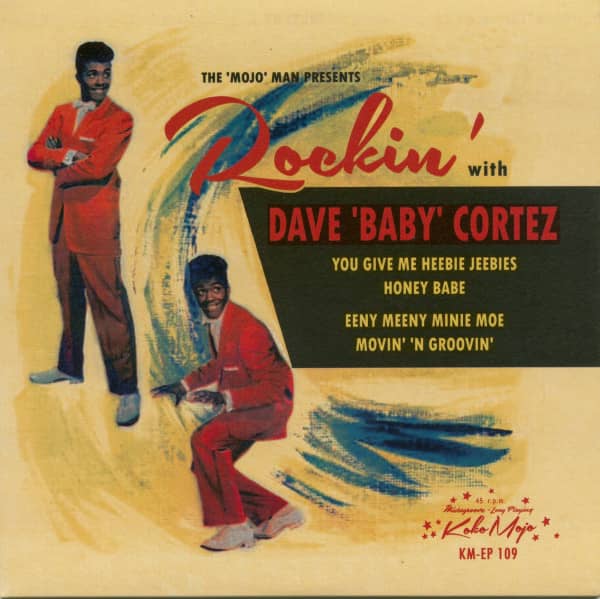 David Clowney, the accomplished son of a pianist, was an early accompanist in numerous bands, later playing in the studio for Gladys Knight & The Pips or The Isley Brothers. His biggest hit was the organ instrumental 'The Happy Organ', which reached number 1 in the Billboard charts in March 1959.

With the not again reached success of this song he debuted also under the name Dave Baby Cortez. 'You Give Me The Heebie Jeebies', 'Honey Baby', 'Eeny Meeny Minie Moe' and 'Movin'n Groovin' appeared between 1956 and 1958 - and show the talented pianist above all as a convincing singer of the predominantly self-composed songs in the rocking Rhythm'm'Blues style. Backcover with liner notes!

This product will be released at 13 August 2021