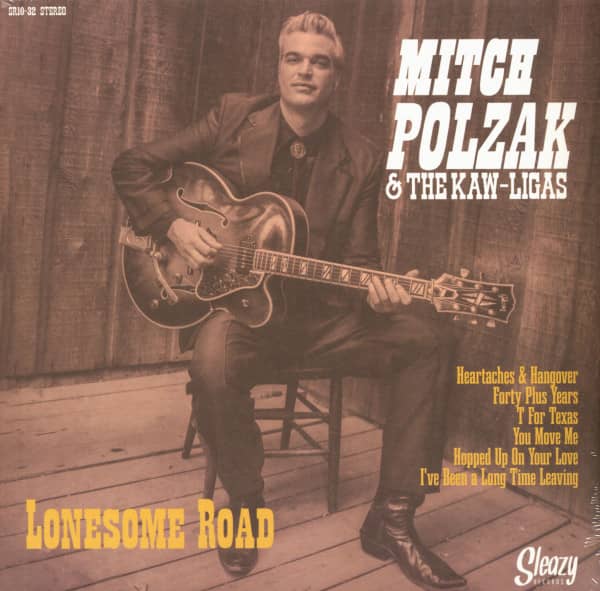 (Sleazy Records) 7 tracks
Mitch Polzak & The Royal Deuces were formed in Northern California in 1999 and have been entertaining audiences around the world with their highly original sound and show ever since. The three-piece band, led by Polzak on guitar, vocals and five-string banjo, plays a wide range of American roots music from rockabilly to honky tonk.

Polzak's incredible performance skills and ability to connect with his audience, as well as his diverse background in various genres (including Cajun, bluegrass and surf), contribute to what makes his sound and show so unique.

Polzak truly invites the audience to join in at every show!
After a fabulous show at the recent Rockin Race Jamboree in Spain, Mitch Polzak has now embarked on an extensive 15-show tour throughout Spain with his Spanish band, The Kaw-Ligas, with a final session recording at Hollers Analog Studio.