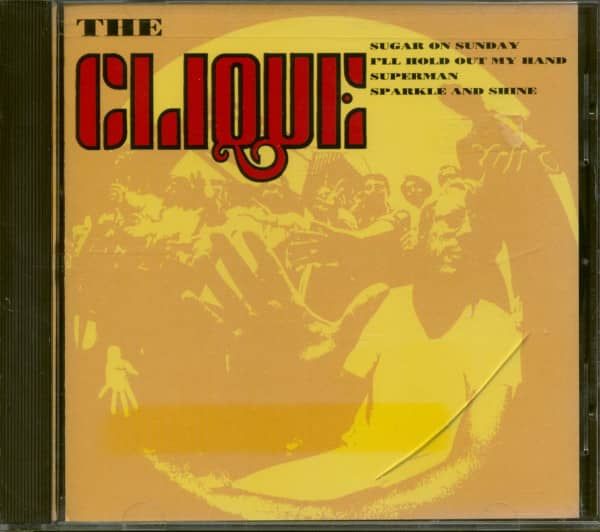 (Varèse Sarabande) 17 tracks (46:20) - Original White Whale recordings 1964-1970.
-
Though no one knew it at the time, Gary Zekley produced his final LP in 1968. And it was that final album that years later brought him post-punk credibility due to the 1986 cover version of Superman by R.E.M., who'd found the song on the flip side of The Clique's hit single for White Whale Records, Sugar On Sunday. That label was best known for the consummate L.A. pop 45s of The Turtles. Superman, however, had to wait until the late 1980s to become a hit, albeit in the FM radio market. Gary wore a Superman pin when we sat down in 1988 to chat about the album, 20 years after it had been recorded.

"Mitch Bottler and I were at the piano one day. I was standing, he was sitting. He started playing that Sgt. Pepper's Lonely Hearts Club Band riff, and I went 'I am. I am Superman, and I know what's hap-pening.' He struck the descending chords, and it just happened. It probably took us no longer to write that than it takes me to tell you about it. It was funny, 'You know, you don't love that guy you make it with, now do you. I know you don't love that guy 'cuz I can see right through you.' That's Superman talking." In general the Sugar on Sunday album by The Clique is a studio job by a real cool L.A. songwriter/produc-er, but Zekley reminds us of one key thing about the band: "They did Superman. That was them on the album.

An extremely talented pop songwriter and producer in the Brian Wilson/Phil Spector tradition of early '60s Los Angeles, Gary Zekley was a name known only to those Jan and Dean fanatics who read the credits on record labels in the 1980s. Suddenly his name cropped up in public like streamers coming off a bicycle. "I went on stage with R.E.M. in Dekalb, Illinois," Zekley recalled. "MTV was there; they showed me on MTV, singing with R.E.M.

Rolling Stone magazine was there too." Zekley was quizzical about The Clique's 'rediscovery' because he knew the reality. "The group never played on the ses-sions," he says. "I had success with The Fun and Games and The Yellow Balloon, so Don Altfeld and Mickey Shapiro got me a deal with White Whale to produce The Clique. I had met The Clique and The Fun and Games on the same day. I chose to do The Fun and Games first, and then we came back and recorded The Clique."(...from the linernotes, Domenic Priore, 1998)