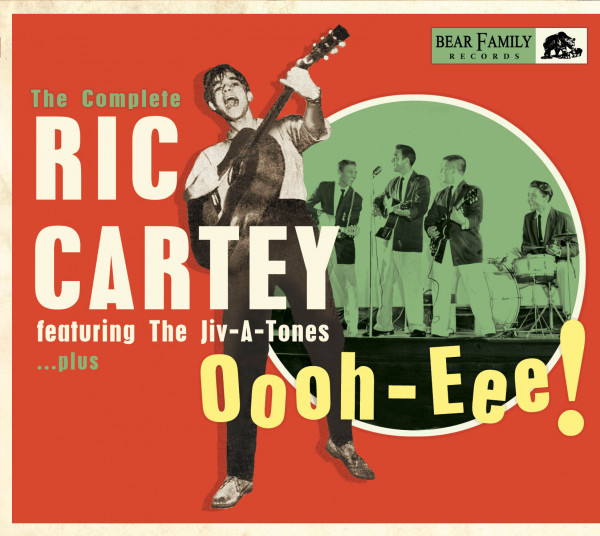 1-CD with 24-page booklet, 32 tracks. Total playing time: 75:16 mns.
• Career-spanning compilation contains everything Ric Cartey cut for RCA Victor, NRC, El Rico, and ABC-Paramount, including his immortal Young Love and his many rockabilly classics
• Also contains pop chart-topping covers of Young Love by Sonny James and Tab Hunter and original versions of several other rare rockers that Ric Cartey covered
• Contains ultra-rare rocking singles on the Fox and Fraternity labels by The Jiv-A-Tones, Ric Cartey's one-time backing band, and Jiv-A-Tones leader Charlie Broome's impossibly hard-to-find early '60s solo single on O.E.K.
• Voluminous liner notes by Bill Dahl include in-depth interviews with The Jiv-A-Tones' Charlie Broome and Dean Stevens
• A long-overdue retrospective of one of Atlanta's earliest rockers
When Ric Cartey waxed the melodic ballad for the fledgling Stars, Inc. label in 1956 in Atlanta with guitarist Charlie Broome’s Jiv-A-Tones in musical support, no one could have foretold that not one but two covers of Young Love Ric had written with his friend Carole Joyner would top the national hit parade in February of the following year. ,
Whaley Thomas Cartey was another of Atlanta’s young musical hopefuls, born there on January 18, 1937. Ric and guitarist Charlie Broome formed a musical partnership early on. Ric and The Jiva-Tones (as Stars, Inc. spelled their name on the label) recorded Young Love in 1956. For a rocking flip, Ric Cartey grabbed hold of Oooh-Eeee, a romping number that Chuck Atha had already waxed earlier that year. It was written by local guitar whiz Jerry Reed, who supplied hot licks on Ric’s version. ,
Capitol country artist Sonny James covered Young Love. The production was crisper than Ric Cartey’s original, an Sonny’s version took off like a rocket, not just with the C&,W market but in the pop arena as well. But he had to contend with a straight pop rendition of the song by handsome young actor and neophyte singer Tab Hunter on the cover-obsessed Dot label. ,
When the smoke cleared, both James and Hunter had scored number one U.S. pop smashes with their respective renditions of Young Love in consecutive weeks of February of 1957. Cartey would have to content himself with having written a #1 hit for two other singers instead of enjoying one with his own rendition.
Cartey and The Jiv-A-Tones wouldn’t stick together after Young Love became an international sensation. Ric’s RCA Victor encore single doesn’t credit The Jiv-A-Tones on the label, but Jerry Reed was in charge of the dazzling lead guitar on both sides, this time wielding an acoustic axe. He wrote the rollicking vocal group-backed I Wancha To Know, sporting a particularly wild vocal from Ric Cartey. Then RCA Victor sent Ric  ,Cartey up to Nashville to work with producer Chet Atkins. On March 29, 1957, Atkins convened Reed and Jack Eubanks on guitars, A-Team bassist Bob Moore, drummer Jeff Richards, and a male vocal group, The Sunshine Quartet, for Ric’s first Music Row session. RCA sat on both of Ric  ,Cartey’s originals from the date, Gotta Be Love and the ballad Crying Goodbye, but the label thought enough of the remaining two songs to press them up as a single. Let Me Tell You About Love, an easy-going rocker was written by Joe South. The flip side of Ric’s single, a determined Born To Love One Woman, was a cover of a then–current single by newcomer Don Johnston on Mercury. Atkins tried again with Cartey on July 15 of ’57. Two songs Ric waxed that day were covers of tough Chicago blues songs. Willie Dixon’s My Babe was a 1955 R&,B chart-topper for Little Walter and lent itself well to the rockabilly idiom. Aided by a typically vicious Reed guitar break, Cartey did the tune justice. The Dixon-penned Mellow Down Easy similarly suited to Cartey’s rockabilly approach, slashing lead guitar careening around the studio behind him. RCA teamed them as Ric’s last single for the label.
Ric Cartey scored a fresh recording contract with Lowery’s fledgling NRC label in 1958. His Scratching On My Screen was a romping variation on Washboard Sam’s pre-war blues Diggin’ My Potatoes. Ric seems to have been quite the blues fan. The relaxed flip My Heart Belongs To You rode a similar echo-laden percussive background. But NRC didn’t ask Cartey back for an encore. So he decided to form his own El Rico label. Ric scribed a sweet ballad, To Love, that was vaguely reminiscent of Young Love melodically as Ric crooned its eternal message of devotion. You’re My Happiness, an engaging upbeat item sat on the other side. ,
There were three El Rico singles, he revisited Mellow Down Easy and trotted out a new original, Leave Me Loose, both sides rocking hard. ,
,
Somehow Ric Cartey managed the to make a one-off single for ABC-Paramount in 1963. Poor Me was set at an infectious mid-tempo pace. Something In My Eye was bright and breezy. But Ric  ,Cartey wouldn’t be asked back to make another ABC single.
Later on, Ric was working as a booking agent. The steady writer’s royalties from Young Love that once offered some consolation for not scoring his own hit with the song ensured that Ric Cartey wouldn’t encounter money problems in decades to come—especially when other artists kept scoring hits with his creation. Connie Smith and Nat Stuckey, Donny Osmond, Ray Stevens, Tommy Steele from the UK, Frankie Avalon, The Lettermen, Lesley Gore, Mary Hopkin, and plenty more tried Young Love on for size too. ,
Whaley Thomas Cartey died August 5, 2009 in Palm Harbor, Florida. Ric will always be remembered for his seminal creation, but this compilation proves beyond a shadow of a doubt that there was a great deal more to his extended legacy than that. , 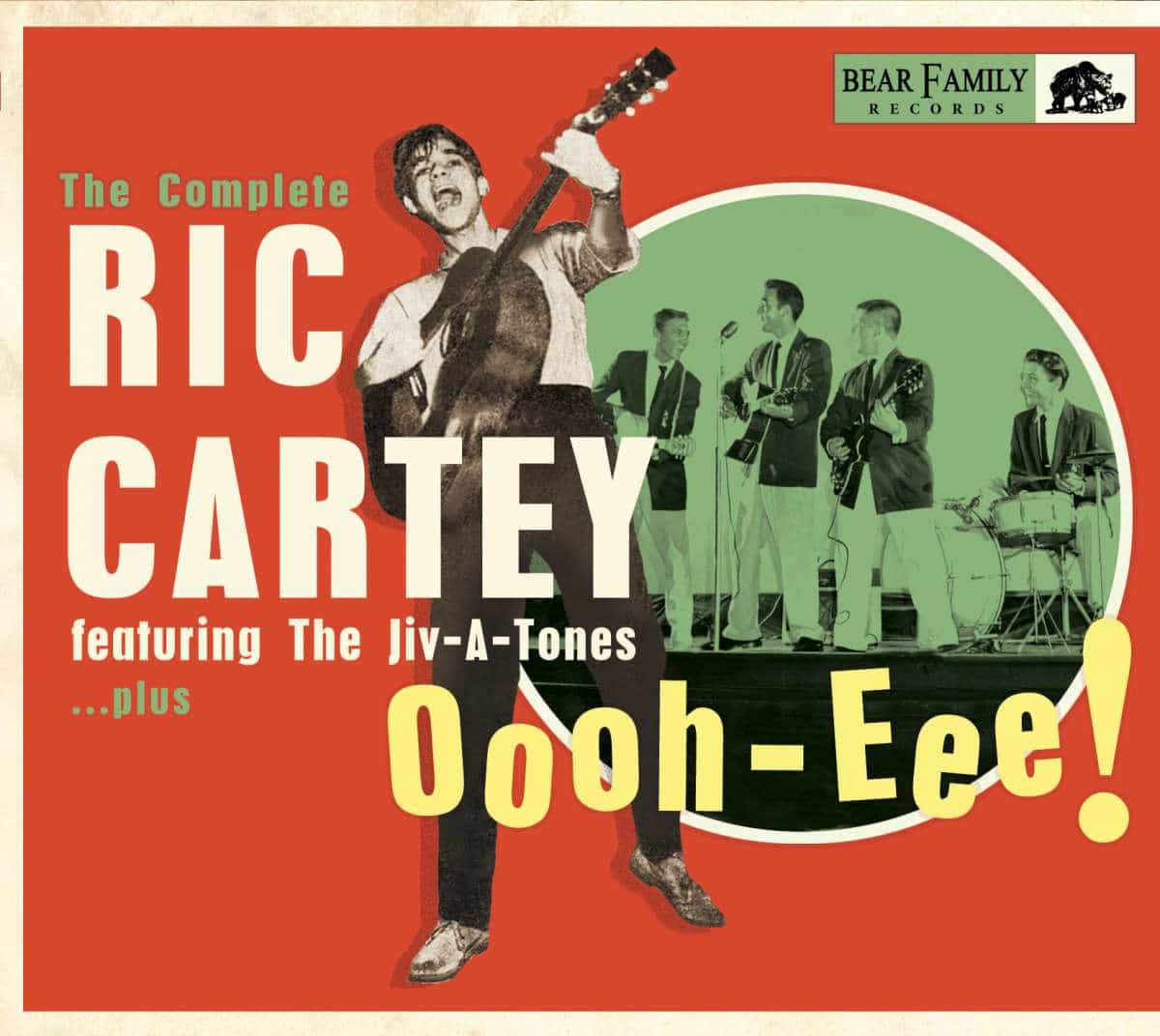 Ric Cartey may not be the biggest name in late 50s rockabilly – but man, does he sure sound great on this set – the first-ever collection to bring together Cartey's classic singles for RCA, plus a wealth of other rare 45s too! Cartey hails from Atlanta, and recorded a bit for that city's famous NRC indie – but despite the setting, Ric's got a great romping sound that's definitely all his own – maybe less hillbilly than some of his contemporaries of the period, and always ready to romp out with a hard-wailing groove! Production on most of these numbers is great – the kind of spare, stark, echoey vibe that makes already-great elements sound even cooler – and the whole package features a huge booklet of notes that tell the tale of Ric's overlooked career in music. Titles include "Crying Good Bye", "Mellow Down Easy", "Oooh Eee", "Poor Me", "Go On Fool", "Scratchin On My Screen", "To Love", "Leave Me Loose", "Born To Love One Woman", "I Wancha To Know", and "Let Me Tell You About Love" – and CD also features 11 more bonus tracks related to the collection, by Sonny James, The Jiv-A-Tones, Charlie Broome, Bobby Wilson, and Chuck Atha 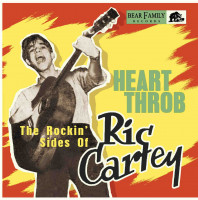