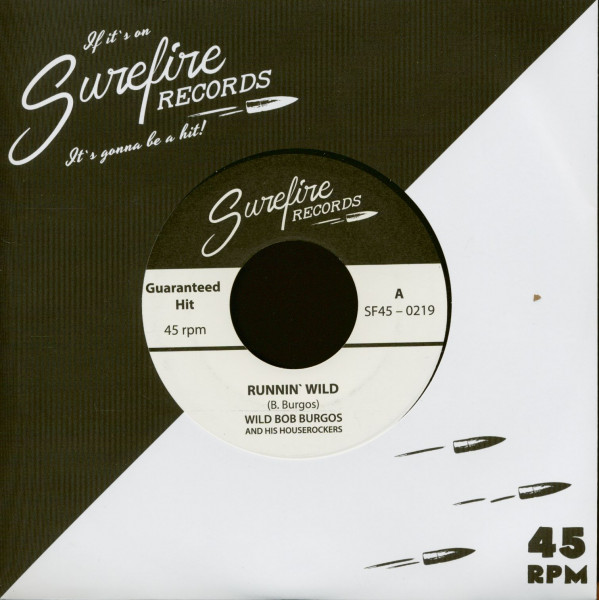 The man himself doesn't have to be introduced.
Wild Bob Burgos started his musical career in the mid 60's and has been an integral part of the British and European Rock'n'Roll scene since the early 70's as a founding member of Matchbox and Shotgun.

Bob Burgos discography is as long as his arm and we are especially proud to work with him. We'd like to introduce two rockin' songs from Wild Bob Burgos and his Houserockers on Surefire Records.

Both tracks were written by Bob Burgos and have the typical lyrics that describe life with rock'n'roll. The music is straight out and carries the typical sound of Wild Bob Burgos, into which he brings his lifestyle and devotion to our music.

A) Runnin' Wild has never been released on vinyl before and is fast, harder rockabilly.

B) A Lifetime Of Rockin' comes as a driving blues rocker in the typical WBB style. Released for the first time in its full length of over 4 minutes!

That sounds good to me :-) Great R'n'R Revival Style.

a brilliant rocker a must for a rocking collection