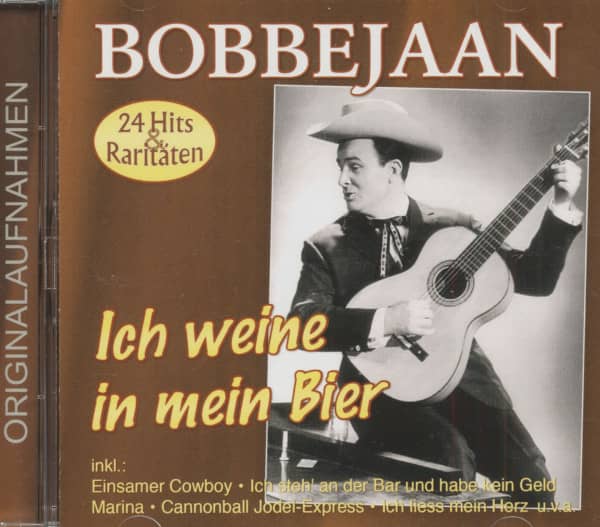 Bobbejaan Schoepen was born on 16 May 1925 as Modest Schoepen in Boom, Belgium.
He trained as a blacksmith and performed in theatre groups.
In 1948 he recorded his first record with Django Reinhardt.
This was followed by radio appearances and concert tours with many well-known artists such as caterina valente and Jacques Brel.

In 1955 Bobbejann (still as Bobby Jaan) toured through Germany and published his first records in German.
From 1959 his singles appeared under the name Bobbejaan.
The very first single 'Ich standst an der Bar und habe kein Geld' (I'm standing at the bar and have no money), a cover version of the title 'A Pub with No Beer' by Slim Dusty reached the top ten (1960, number 9) and was able to stay in the charts for 32 weeks.
In the same year he was able to place himself in the charts a second time with 'Ich weine in mein Bier' (1960, number 32).
In 1962 Bobbejann achieved his third charter success with 'Wie 'ne Kneipe ohne Bier' (1962, 22nd place).

In 1961 Bobbejann opened the amusement park -Bobbejaanlanland- in Belgium, which became a tourist attraction.
In the 60's Bobbejaan Schoepen still had some success with compositions he wrote for other artists like Camillo Felgen, Richard Anthony and Tex Williams.
Bobbejaan Schoepen died on 17 May 2010 in Turnhout, Belgium.