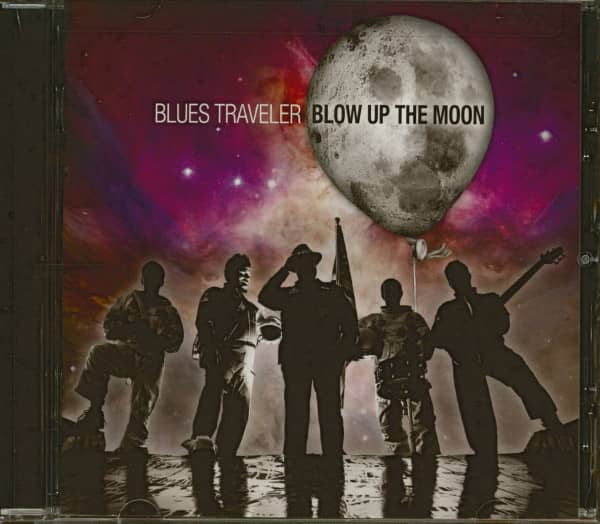 (Loud & Proud) 14 Tracks (52:57)
The four original members of Blues Traveler, who have known each other since their early teens- John Popper, Chandler Kinchla, the late Bobby Sheehan and Brendan Hill, gathered over 25 years ago in the basement of their drummer's parents' Princeton, NJ, home; and the seeds were born for a band who have released a total of eleven studio albums. With the new album, Blow Up The Moon, the band delves into an area they've never explored before to this extent.

This is the first time Blues Traveler has collaborated on a recording with a range of artists across the spectrum for every one of the 14 songs on the album. The repertoire represents Country, Pop, Reggae and even Hip-Hop. The diverse guests include 3OH!3, Plain White T's, Jewel, Dirty Heads, JC Chasez, Hanson and many more. Blues Traveler has expanded it's musical palette while holding on to it's foundation presenting innovative Rock 'N' Roll.

'We wanted to experiment with co-writing, since Blues Traveler usually tries to do everything in-house,' said singer John Popper. 'So we just found good quality writers to see what they bring to us as a band, and they see strengths that we don't see. And we try to inspire something great within them. All of these bands are unique, and very different from us.' The band said the concept for Blow Up The Moon came about last year from conversations about how to commemorate the 20th anniversary of Blues Traveler's breakthrough 1994 six times platinum album, Four.