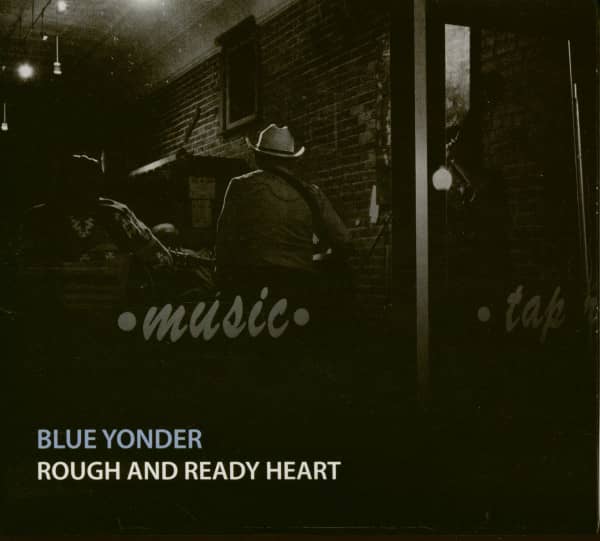 (New Song Recordings) 12 tracks - digisleeve
Every Tuesday evening since early 2013, Blue Yonder, a trio of nationally-known musicians representing diverse strands of Americana musical traditions, has given people in a small Charleston, WV, venue a soul-cleansing way to connect with themselves and each other.

With the February 2018 release of their new record- ing Rough and Ready Heart, Blue Yonder plans to bring this same experience to new audiences in similarly intimate settings beyond their home state of West Virginia.

Anchored in compelling grooves of classic country, rockabilly, swing and folk music, the band presents original songs about “living, loving and los- ing along life’s backroads and highways” that people from all walks of life can relate to.

“My songs tell stories that anyone who’s been in re- lationships or set out on a road trip can relate to, no matter where they come from,” says John Lilly, Blue Yonder’s national award-winning, and nationally traveled, performing songwriter. “It’s been great to be able to work in my home town with guys who ap- preciate playing mostly original music, and to share that music every week with our regulars, who keep coming back to hear new material.”

Blue Yonder guitarist Robert Shafer, noting the many styles of Lilly’s songwriting, appreciates that “with Blue Yonder I can stretch out more than I can with most bands.” One of few to win the prestigious Win eld Walnut Valley national at-picking contest more than once, Shafer is also known as a “spectacular rockabilly guitarist who also brings swing and bop in uences to his playing” (Washington Post).

Blue Yonder upright bass player and producer Will Carter, best known for founding the global summit of old-time musicians at the annual “Clifftop” festival in WV, reports that for him “an evening with Blue Yonder is like telling tales around a camp re – the stories we tell take me out of my speci c situation and connect me, through shared experiences and emotions, with everyone in the room.”