P Secure bonuspoints now
Description
Learn more about Bloodshot Bill
Review 0
Description
I remember like it was yesterday when I bought my first Norton Records release at the end of the... more
Close menu

I remember like it was yesterday when I bought my first Norton Records release at the end of the 80's. It was the Rockin R's LP (Norton ED 205) and it was the beginning of a longterm friendship between a record company from New York City and myself. This was many moons ago and I can say, that no other record company in the last 30 years has inspired so many freakish vinyl lovers out there to built up their own small labels and the influence of Norton Records to Record Companies like Crypt, Voodoo Rhythm or Squoodge Records is a nailed down fact. But Billy Miller and Miriam Linna have not only influenced the culture of small indie labels all over the world, their KICKS MAGAZIN (started 1978) has also inspired the whole Rock'n'Roll fanzine & magazine circuit and for me, it was my inspiration to start the Mad House Jump Newsletter Norton Records also had and still has a big heart for the „unheard" and „unwanted", with too much talent for the mainstream, but too rockin' and too bizarre for the so-called Indie-Labels.

The truth is, Norton Records gave us not only an incredible amount of real Rockers from the 50' and 60's, Miriam and Billy also supported a big bunch of nowadays acts like Bloodshot Bill. Now Norton Records was hit hard by Hurricane Sandy which nearly destroyed a cornerstone of modern Rock'n'Roll history, but Miriam and Billy have always been fighters and so they fight hard to keep the whole thing running, but that needs support.  and it's the right time to give back a bit of what Norton Records gave us all since their first release in 1986 (Hasel Adkins LP ED 201. Bloodshot Bill and Squoodge Records join forces again to pay back a little for all the support and inspiration Records gave them through the years... and you follow that path by buying that Norton Records Benefit EP. Thanks a million!

Greasy Canadian has travelled on his own, playin' all over USA, Canada, Europe, Japan, Mexico...all sortsa places too, from big festivals to tiny bars to trailer parks & truck stops...Tours mostly as a one man band, but has plenty of bands too...Has put out a tons of music, and has alot more comin'...Teams up with Mark Sultan (BBQ) as The Ding-Dongs...Also, teams up with King Khan as Tandoori Knights..Has his own brand of hair grease, "Nice'n'Greasy", his own Lip Balm "Bloodshot Bolognaise" and a custom made amp designed by Richtone ..If he comes to your town and you want to make him happy, he likes spaghetti and meat alot, but not too much before the show, please. 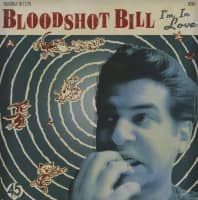 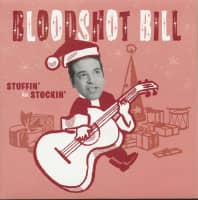 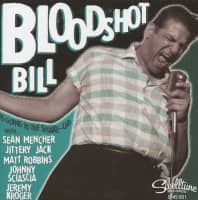 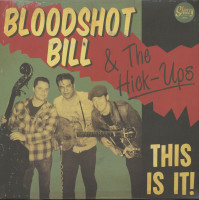