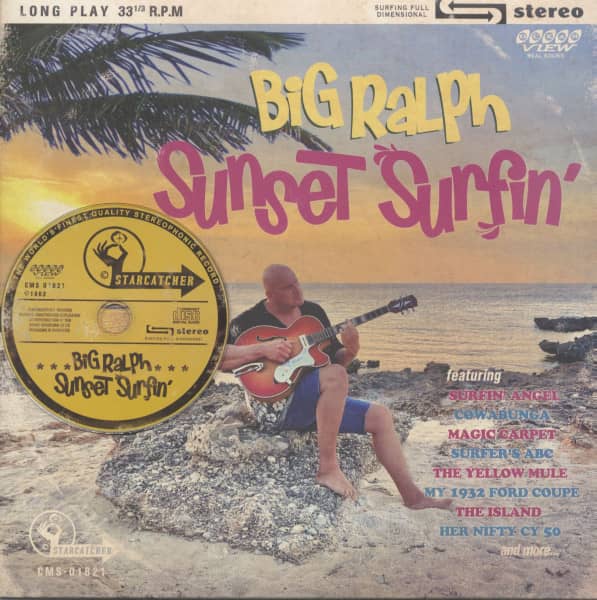 The singer from New York's Bronx, known as BIG RALPH, took a vacation last year in Southern California, which seemed like paradise to him. He quickly took a liking to the exuberant lifestyle of the West Coast. More than that, it was his love for surfer girl Mary Lou that made BIG RALPH decide to stay in San Diego. However, this new direction in life did not negatively affect his musical output. Rather, he was so inspired that the opposite occurred. After his first vocal surf album PARTY WAVE, recorded in late 1962 and released in January 1963, BIG RALPH is already following up with this new masterpiece. Once again, BIG RALPH has brilliantly captured the spirit of the West in a captivating musical style. And once again it's about the finer things in life - fast cars, white beaches, pretty girls, kisses on the school bus, magic carpets and much more. But most of all, it's about surfing in all its facets. If the album's title track is to be believed, one of the most beautiful of these facets is surfing on a lonely and peaceful evening on the dark blue sea under a golden sky - SUNSET SURFIN'.
Marty West