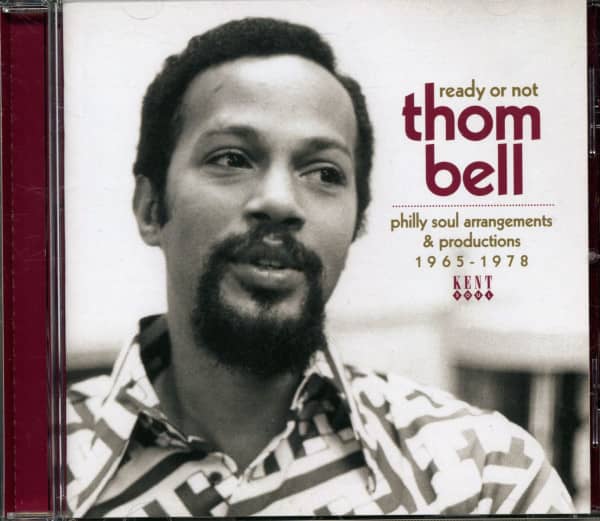 Along with Kenny Gamble and Leon Huff, Thom Bell was one of the three people responsible for The Sound Of Philadelphia, a lush, orchestrated version of the soul music that dominated the charts in the early to mid 70s. With the most unusual instrumentation - harpsichords, French horns, sitars - Bell's arrangements built the careers of the Delfonics and Stylistics, reinventing acts as diverse as the Spinners, Dionne Warwick and Johnny Mathis.

The distinctive sound of a Thom Bell arrangement is largely due to an upbringing without R&B. He grew up in a middle-class household in Philadelphia and played piano, drums and flugelhorn at the age of nine. "We didn't have a radio or anything, we were trained classical musicians," Bell says. "From the age of five until I was 17, I studied two or three hours a day. The first thing I heard on the radio was 'Tears On My Pillow' by Little Anthony & the Imperials. I thought: What's that music? That's beautiful music."

He became a singer in a duo with Kenny Gamble. A year later, the duo expanded to a foursome, Kenny Gamble & the Romeos, and began working as session musicians on the hip Cameo and Parkway labels in Philadelphia. It was another Little Anthony & the Imperials hit, "I'm On The Outside (Looking In)", which inspired him in 1964. "[writer and producer] Teddy Randazzo, he was my leader - 'Outside Looking In', 'Hurt So Bad'... now we're talking. I never met Teddy Randazzo, and I'm sorry. Randazzo and Bacharach, they were my leaders. They put me in a more modern frame of mind to what I was hearing."

Cameo-Parkway finally gave Gamble, Bell and Leon Huff (Bell's replacement in the Romeos) more freedom, resulting in some beautiful 45s for Eddie Holman, the Orlons, Dee Dee Sharp and the Delfonics, which helped fuel the lush, atmospheric Philadelphia sound. When the label folded in 1967, Bell took the Delfonics with him, and when the group moved on a few years later, he began working with the Stylistics and then the Spinners, creating even bigger hits. During these years he kept a close team around him, and the poet with whom he worked most was Linda Creed. They worked together for nine years - when she died in 1986 at the age of 37, he was by her side.

As a writer, producer and arranger, Thom Bell's originality and the quality of his work deserve the same recognition as Nile Rodgers or Burt Bacharach. He prefers to remain in the shadows, however, and over the years has enabled Gamble and Huff to bring the Philly soul into the limelight. Yet when he talks about his work, there is a recognition of good fortune, but there is no false modesty. "Some people said, 'If all these threads are necessary, why don't you do R&B regularly? Because I am not R&B. I make music. There's nobody else in my head but me, so some of the things I think about are crazy - I listen to oboes, bassoons and English horns. But I'm lucky enough to cross styles. I was thrilled. Not enthusiastic, enthusiastic. I had my own language and I could do what I wanted".

This product will be released at 12 February 2021