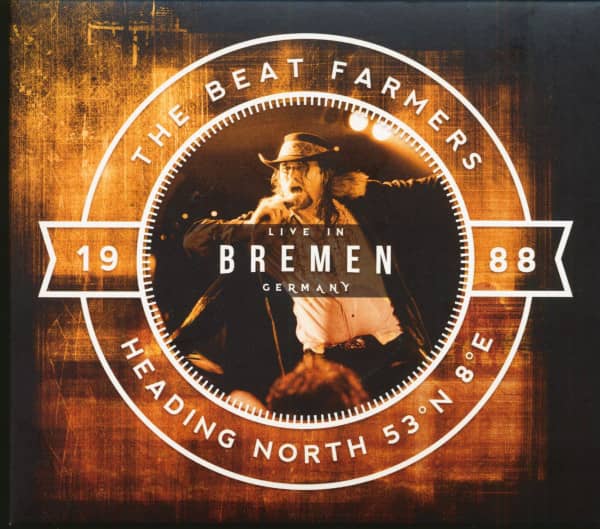 (Made In Germany Music) 19 Tracks - Digipack - Hellishly going, full rocky party music, which consisted of Rock, Country, Rockabilly, Old-School-Rock'n'Roll and Punk. It made no difference whether the four Americans brought their own (Dark Light, Key To The World) or covered (worth listening to: their version of Kenny Rogers' Lucille or Tom Waits' Rosie).

In 1983 Country Dick Montana and Jerry Raney founded the Beat Farmers in San Diego. The quartet was completed by guitarist Bernard 'Buddy Blue' Seigal and bassist Rolle Love, both from the rockabilly band The Rockin' Roulettes.

In 1987 they released their third album 'The Pursuit Of Happiness'. The powerful and quite rock-heavy record contained the supernumber 'Hollywood Hills', the buffalo on the cover became the band's new trademark. Meanwhile Joey Harris stepped in for Buddy Blue on the guitar, so that's what the Beat Farmers called their original mix of Rock'n'Roll, Rockabilly, Americana, Blues, Folk and Country.

At that time Jason & The Scorchers, Nine Pound Hammer and The Blasters were on the road in similar areas. In early summer 1987 the Beat Farmers went on tour in Europe. The Beat Farmers did not take prisoners live, they played loud, rocking, dirty, snotty, full of verve and joy. Although the band celebrated punk and rockabilly attitudes, a weakness for country in the style of Dr. Hook & The Medicine Show is unmistakable.