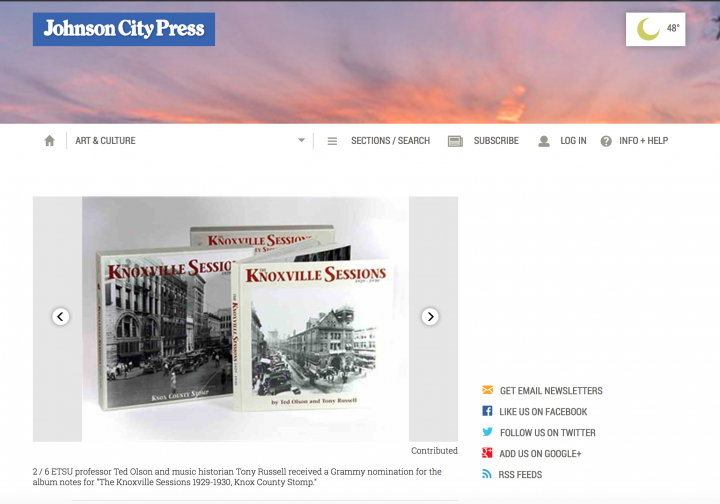 What do Rihanna, Justin Bieber and a professor from East Tennessee State University have in common?

They’ve all been nominated for a Grammy award this year. In different categories, of course. Ted Olson, a professor in the ETSU Appalachian Studies Department, and Tony Russell, a music historian from London, recently received a Grammy nomination for the album notes they wrote for a box set about the Knoxville sessions: "The Knoxville Sessions 1929-1930, Knox County Stomp."

This is Olson’s fifth nomination and Russell’s second. Olson sees this box set as the completion of a trilogy, as he and Russell previously produced box sets about the location sessions in Bristol and Johnson City. The box set they produced previously about the Bristol Sessions received two Grammy nominations. Although it documented the sound of many musicians in the region at that time, Olson said the Knoxville sessions have largely fallen under the radar.  “This was basically a forgotten story that we’ve kind of resuscitated so to speak, and brought back to life through this box set,” Olson said.