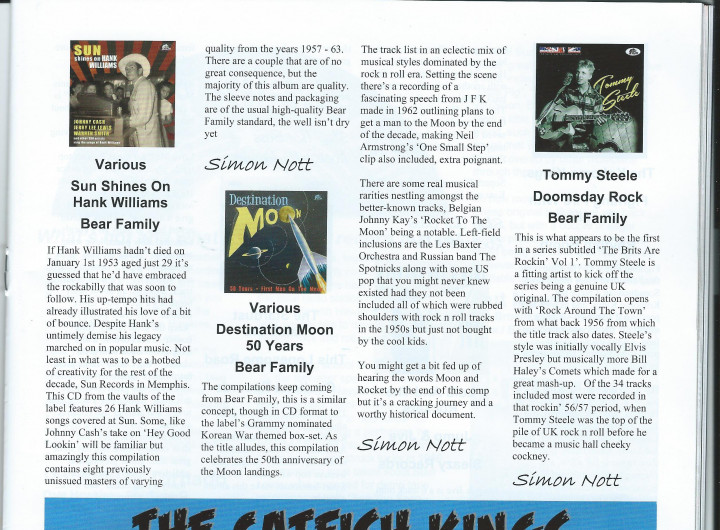 Tommy Steele Doomsday Rock Bear Family This is what appears to be the first in a series subtitled 'The Brits Are Rockin' Vol 1'. Tommy Steele is a fitting artist to kick off the series being a genuine UK original. The compilation opens with 'Rock Around The Town' from what back 1956 from which the title track also dates. Steele's style was initially vocally Elvis Presley but musically more Bill Haley's Comets which made for a great mash-up. Of the 34 tracks included most were recorded in that rockin' 56/57 period, when Tommy Steele was the top of the pile of UK rock n roll before he became a music hall cheeky cockney.
Simon Nott