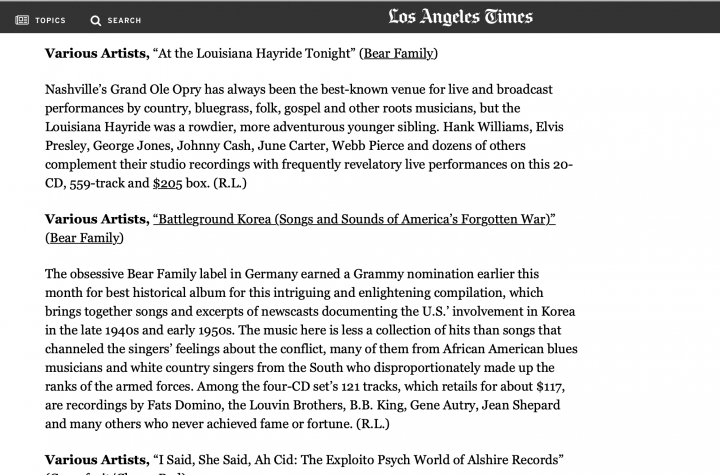 The obsessive Bear Family label in Germany earned a Grammy nomination earlier this month for best historical album for this intriguing and enlightening compilation, which brings together songs and excerpts of newscasts documenting the U.S.’ involvement in Korea in the late 1940s and early 1950s. The music here is less a collection of hits than songs that channeled the singers’ feelings about the conflict, many of them from African American blues musicians and white country singers from the South who disproportionately made up the ranks of the armed forces. Among the four-CD set’s 121 tracks, which retails for about $117, are recordings by Fats Domino, the Louvin Brothers, B.B. King, Gene Autry, Jean Shepard and many others who never achieved fame or fortune. (R.L.)