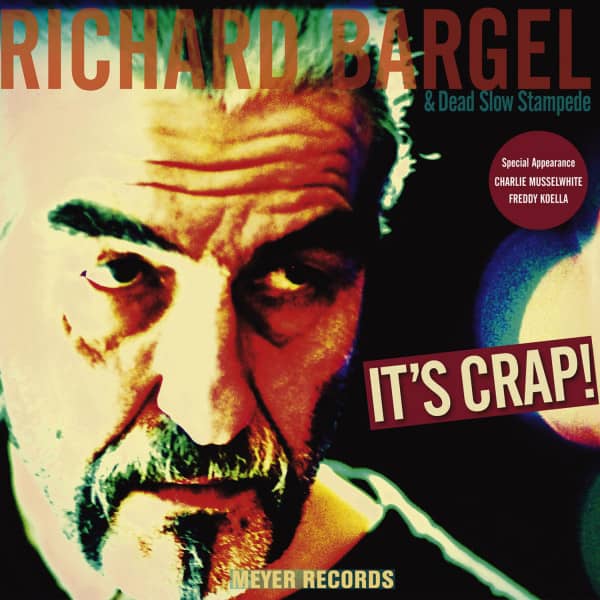 After the departure of "Men In Blues" with Klaus 'Major' Heuser, Richard Bargel presents a new production with the participation of brilliant musicians like Charlie Musselwhite and Freddy Koella (Willy DeVille / Bob Dylan).

It almost seems as if the severe hearing loss that unfortunately befell him in September 2012 and led to the departure from the "Men In Blues" project with ex-BAP guitarist Klaus 'Major' Heuser, released undreamed-of forces, the origin of which is perhaps to be sought in the musician's desperate rebellion against the catastrophe of a lifelong hearing impairment. Clearly, Richard Bargel is a fighter. His life resume shows he's put away quite a few other catastrophes.

The survival expert has repositioned himself super fast, within a few months: there he is again writing and composing a whole series of great song titles, forming his band "Dead Slow Stampede" with Dutch drummer Geert Roelofs, double bassist Paul G. Ulrich and Cologne guitarist Roger Schaffrath, and now presenting "It's Crap!", a self-confident production with which he underpins his exposed position as an original artist of high individual expressiveness, both nationally and internationally.

He has always been an excellent songwriter, but on "It's Crap!" Richard Bargel's compositions unfold even more sensuality, atmosphere and magic than before. The lyrics are funny, ironic, biting, sometimes absurd and ultimately touching - and: they stand out pleasantly from the clichés of common blues lyrics.
Randy Newman would have had a lot of fun with it! Charlie Musselwhite, at any rate, would have been delighted. Recordings with the US blues giant, who is one of the world's best harmonica players, were planned years ago.

This time has finally come, because Charlie Musselwhite is absolutely enthusiastic about it and writes: "I like 'It's Crap!' I really get a kick out of listening to it. Great lyrics and you sing it with such humor and conviction!".

In 2010, Freddy Koella, described by critics as "the best electric lead guitarist Bob Dylan ever had" and guitarist for years for Willy DeVille, met Richard Bargel. Freddy and Richard immediately found a lot of musical similarities and sympathy for each other, so that Freddy Koella immediately agreed to participate in the production of "It's Crap!". The special thing about it: he doesn't show his excellent musicality as a guitarist here, but as a gifted violinist and mandolin player.

On "It's Crap!" Richard Bargel presents himself at the peak of his creative powers and answers the question why he is considered one of our best, most convincing and impressive artists in the genre of blues music.

Richard Bargel is a blues poet and innovative songwriter par excellence. The blues musician has as much expressiveness and integrity as the very great stage artists of this world. He masters an idiosyncratic and authentic playing on the slide guitar and together with his sophisticated original compositions, he could earn international recognition. Richard Bargel has a fascinating and beautiful rough bass voice, which he uses on stage, together with his incredible intensity and strong stage presence, to celebrate the blues. 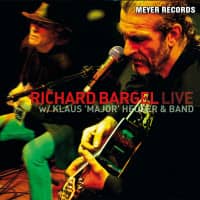