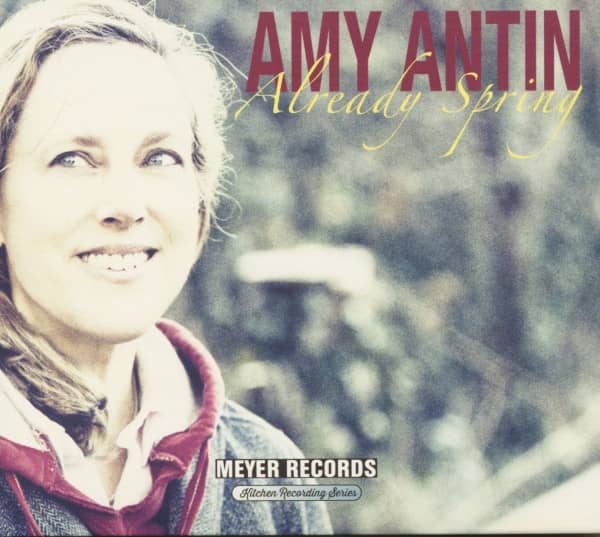 Twelve songs that, according to New Yorker Amy Antin, evolve from a painful situation to something that sounds more like acceptance and peace. Or of something beautiful, such as spring ...

Already Spring is the fifth album by singer/songwriter Amy Antin, a New Yorker currently based in Cologne, Germany, who works internationally as a musical performer and visual artist. The album's twelve songs display the precision, strength and richness of insight that make Amy Antin's songs and performances so unique and moving. Her style is characterized by finely chiseled musical textures paired with vivid, intelligent lyrics. Through unique personal nuances that spring from her keen powers of observation, she provides us with a fascinating and poetic listening experience.

Already Spring is the first release in the new Kitchen Recordings series from Cologne-based music label Meyer Records. This new series will deliver intimate acoustic albums, recorded with simple but excellent technology. The recordings will also be released in vinyl format and each LP will include a specially produced songbook.