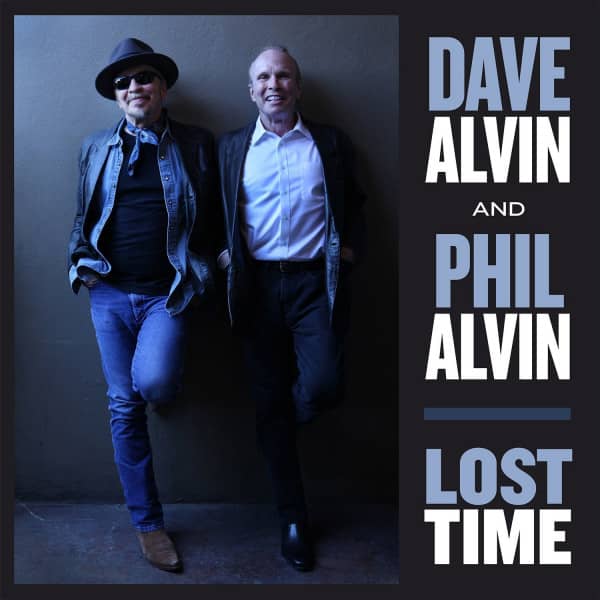 (2015/Yep Roc) 12 tracks. Dave Alvin & Phil Alvin follow up their previous album, the Grammy nominated, Common Ground, with, Lost Time, a collection of blues songs from various artists that inspired the Alvin Brothers at a very early age. Common Ground focused exclusively on Big Bill Broonzy songs. With Lost Time the Alvin brothers dig in to the music of James Brown, Leadbelly, Willie Dixon, Blind Boy Fuller and Leroy Carr, among other greats. But they cover four songs by Big Joe Turner, as tribute to the blues legend t they met as teens, and who became their friend and mentor. Dave Alvin says, 'We tried our best to honor all these magnificent musicians, songwriters and singers as well as expose them to new listeners, and perhaps raise some ghosts up from their graves for a minute or two. And, hopefully, my brother and I have also again found some damn lost time.'