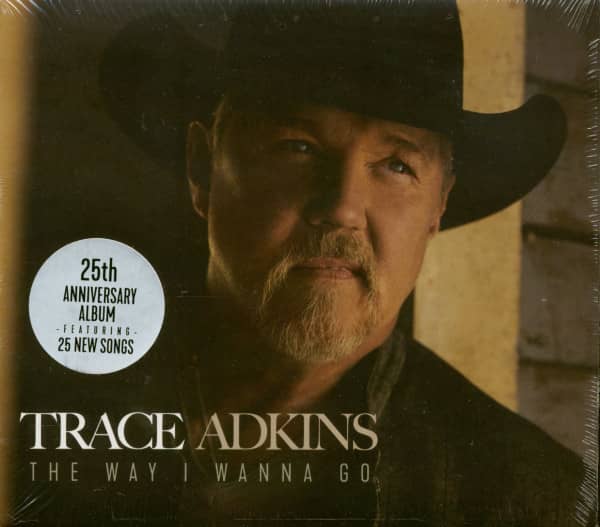 Trace Adkins leans into his classic country baritone and ropes in unexpected collaborators to create an album that reflects the varied tastes of contemporary country music fans. The Way I Wanna Go celebrates Trace's 25 years in country music with a sweeping 25-song collection that includes songs with Blake Shelton, Snoop Dogg, Melissa Etheridge, Keb' Mo' with Stevie Wonder on harmonica and Luke Bryan with Pitbull, both featured on the single "Where The Country Girls At." The song is a genre-jumping, boot-stomping banger that asks what every cowboy on the dance floor wants to know. Other songs include the tongue-in-cheek Blake Shelton collaboration "If I Was a Woman" and the bluesy West Tennessee stride "Memory to Memphis" with Keb' Mo' and Stevie Wonder on harmonica. On his own, Trace bear hugs the country tenets on which he built his career - flirty up-tempos ("Cadillac'n"), sentimental odes ("The Way I Wanna Go") and heartache songs ("I Should Let You Go" and "Heartbreak Song"). The result is a cohesive package that both hits country fans in the chest and piques the interest of the playlist crowd.

This product will be released at 24 September 2021