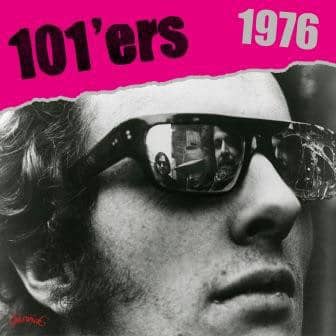 (Chiswick Records) 4 Track-EP - 45rpm, picture sleeve, small center hole!
For the first time ever the four Chiswick label sides recorded by the 101’ers are gathered together on one Extended Play 7” Vinyl record.
It was 1976 just before Punk Rock was about to rage and its early rumblings were emanating from the pubs of London. Leading the charge with the 101’ers was Woody aka Joe Strummer who was soon to form another band – the Clash.
Joe’s passion – later on display to remarkable effect – can be heard here on the lead track ‘Keys To You Heart’. Once derided as “pub rock”, in the cold light of the post-punk era the seminal sound of the 101’ers can be heard as much more than cheap boogie. In fact, the sound of Joe’s later bands like the Mescaleros starts here, in particular with the Latin swing of ‘Sweet Revenge’.