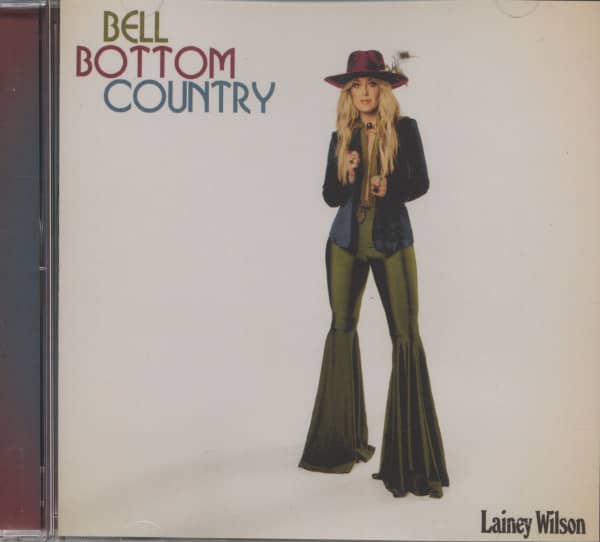 (Broken Bow Records) 14 tracks
Lainey Wilson, ACM New Female Artist of the Year and iHeartRadio Music Awards' Best New Country Artist, will release her new album Bell Bottom Country via BBR Music Group / Broken Bow Records!
The highly anticipated album reflects Lainey's deep and diverse character with elements of 70's rock, funk and soul, but remains country at its core. Throughout the 14 songs, Lainey reveals her dynamism and charisma as a woman who is smart, funny, powerful, vulnerable, badass, unforced, tenacious and, above all, genuine.
ACM New Female of the Year 2022 winner Lainey Wilson has generated real buzz in the industry: she's been named to nearly every Artist to Watch list, won MusicRow Magazine's Discovery Artist of the Year award, and was named Billboard's Top New Country Artist of 2021 - the Louisiana native is one of Nashville's hottest and most talked about new artists. Her PLATINUM-certified ACM Song of the Year, Things A Man Oughta Know, landed her first No. 1 almost 10 years to the day after she left her small farming community in a trailer to chase her dreams, and has won legions of fans with her signature Bell Bottom Country sound and aesthetic that blends traditional country with a modern retro flair.