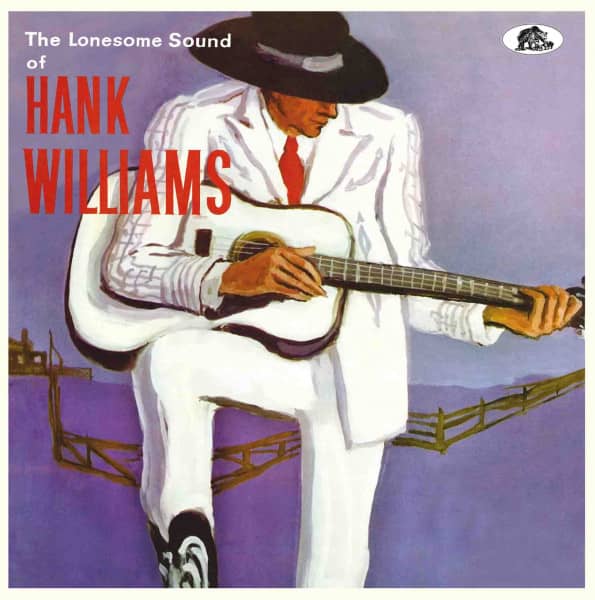 Bear Family Records probe deeply into the Hank Williams legacy and breathe new life into the 1960, MGM Records (MGM E 3803) 12 inch album ‘The Lonesome Sound’.
- Vinyl reissue of 1960 MGM album.
- Originally released as a 12” LP, we have put the 12 songs on a 10” album.
- A collection of songs, previously recorded by other artists.
- Made seven years after his death from Hank Williams vocal demos with later session overdubs.
- Carefully restored sound, re-mastered for this special release.
- Numerous photographs and expert annotation and research by Martin Hawkins.
Bear Family have condensed the ‘The Lonesome Sound’ album to 10 inch size, and the album comprised 12 songs that were written and previously recorded by other artists. The specialists at Bear Family bring a vibrant quality into a project made originally from Hank Williams vocal demos, with session overdubs applied in the late 1950s in Nashville and give what fans have waited for, a clear vocal intonation, musical clarity, like never before.
Hank Williams had been laid to rest for seven years and the public still mourned his passing, and clamoured for new songs and the posthumous ‘The Lonesome Sound’ was the result of this request. The vocals used on ‘MGM E 3803’ were largely mixture of transcriptions, vocal and guitar demos. Some of the musicians used for this project had previously worked with Hank or had the ability to recreate his sound. To provide a full sound the session men nucleus comprised; Don Helms, Harold Bradley, Floyd Chance, and to deepen the sound and fit into the times drums were provided by Murrey Harman. The musicianship was sympathetic and perfectly done, what was at issue was the quality of the demos used, and at that time overdubbing was still in its infancy.
Hank’s interpretation of other artist’s songs, often found him injecting something new into the arrangements, changing the tempo and direction of many of the composition, stamping upon them his own identity. Upon hearing the music allow yourself to absorb the clarity, rhythm, and vocal delivery of Sundown and Sorrow, Roly Poly or Tennessee Border, hearing is believing, and the tempo hints at the next incantation of music’s development. The current political ‘hot’ topic in Europe is over pension and retirement payments. Crooning the melancholy and reflective Rockin’ Chair Money, transposes Hank into another persona, spending army wages in semi-retirement, rockin’ and swinging on the old porch chair. Within the song the simplicity of the past is clear, sadly Hank had no time to plan his future.
Ernest Tubb was clearly an influence on Hank, which can be heard from the bluesy radio transcription It Just Don’t Matter Now while I’m Free At Last and First Year Blues find Hank vocals almost cloning in style to the originator. However on torch songs Hank is full of anguish and this tortured vocal can easily linked be to the volatile time in his life, with his first wife Miss Audrey. Whether self-composed or taken from other artists the songs bond to his life and relationships. And this aspect is what is what makes Hank Williams different from the rest.
Staying with odes to lonesome and abandonment, and what was possibly an Irish folk song, No One To Welcome Me, is a heart-breaking poem to some unnamed prodigal son returning home, but all that was, is no longer the same. Bob Nolan’s Cool Water has been covered by many artist, the consummate performer that Hank was, he gives his best rendition of a man roaming the desert needing water to survive. It is public knowledge that Hank’s tipple was a little stronger than water!
Hank could sing them fast and he could sing them slow, when he sang the pain songs there were crooned with true anguish and with an intense emotional feel and the up-tempo shufflers looked at the happy aspects of life.  For many fans of the Montgomery Alabama born singer, his music is also regarded as the roots development of rockabilly music.
Quality is a word associated with Bear Family Records and you will hear the best possible sound from our products. And with today’s technology and the ability to remain true to the period, Bear Family breaths live into the almost 60 year old project and gives to the fans something which they will savour. The 110 gram vinyl and the deep groove which contains the music, adds to the richness of the sound. The sleeve offers numerous photographs and is expertly annotation and research by Martin Hawkins. This is something Hank Williams’s fans will need.
- Mark Armstrong Bühl, Germany, January 2018 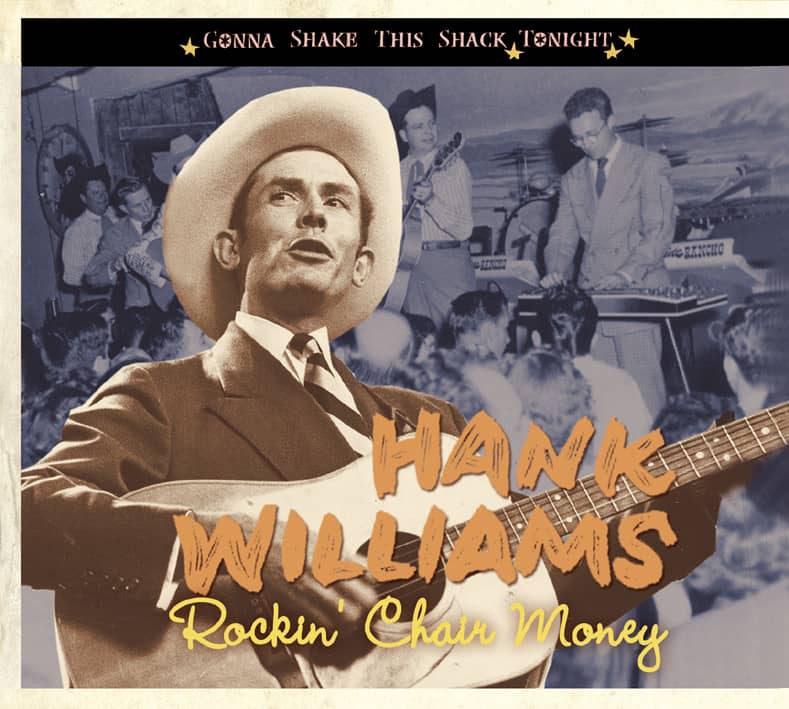 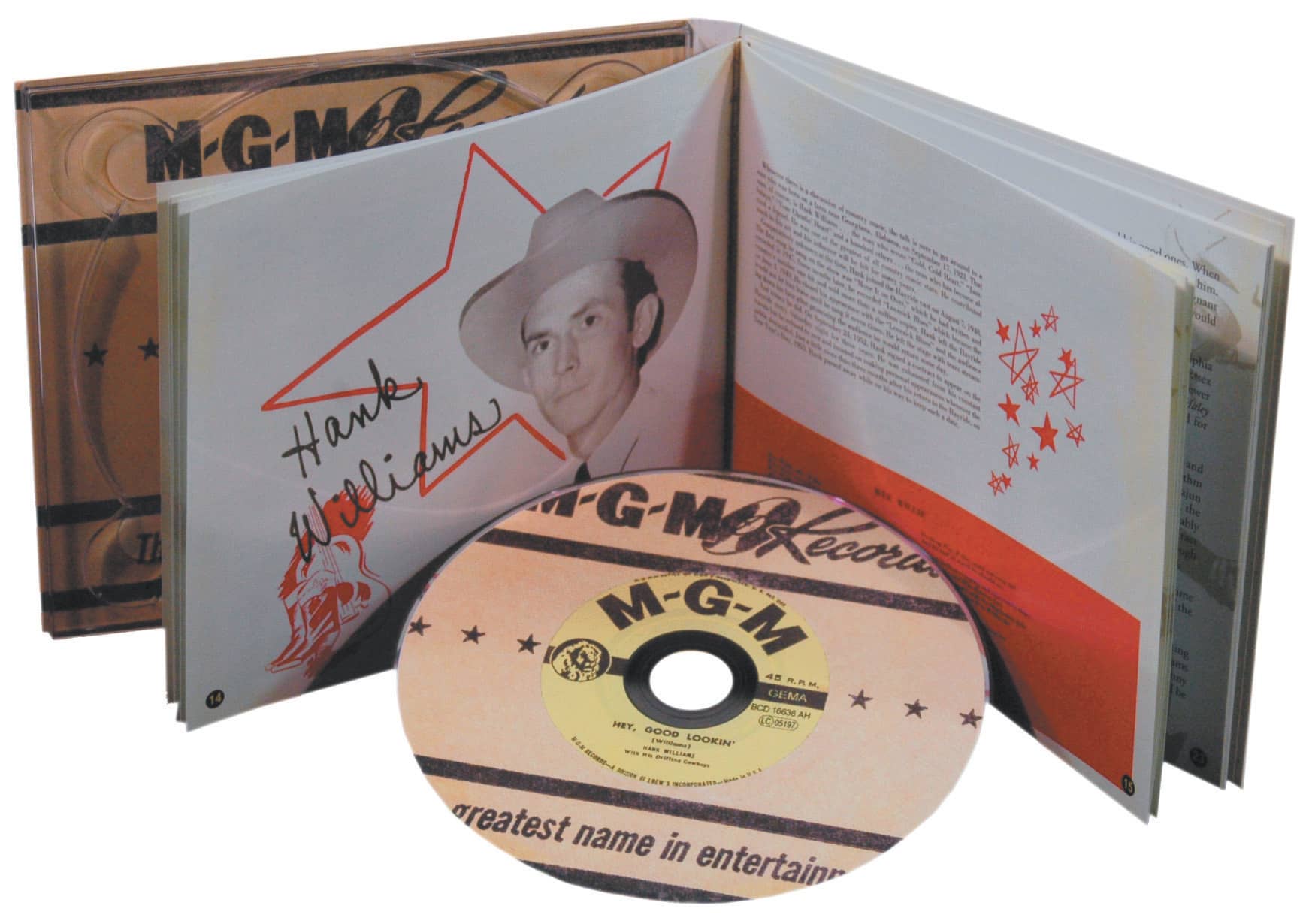 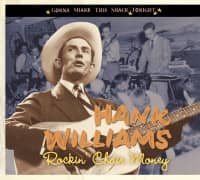 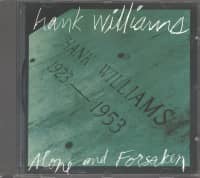 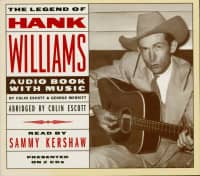 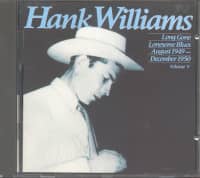