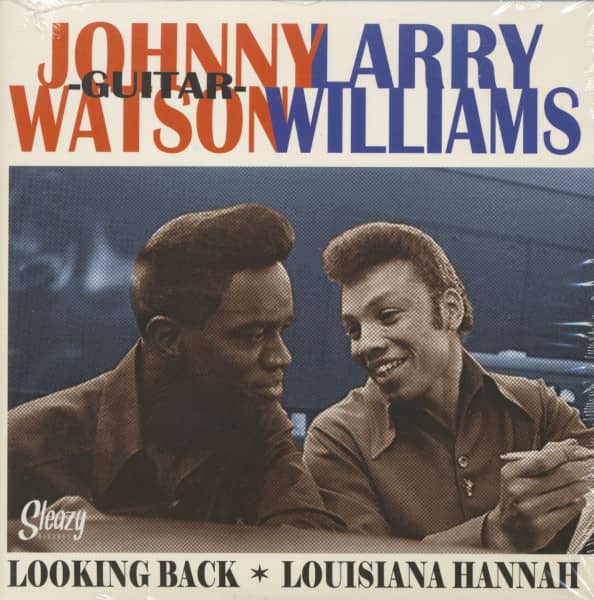 P Secure bonuspoints now
Description Review 0
Description
In In the second half of the 50's Larry Williams fought against Little Richard to be the king of... more
Close menu

In In the second half of the 50's Larry Williams fought against Little Richard to be the king of rock'n'roll on Specialty Records and almost got the throne. At the beginning of the 60's, after a brief walk at Chess Records, where he still recorded some fine singles, he was involved in a drugs affair, winning three years in jail.
When he got back the music scene had changed a lot, and Larry was not able to find his place. A single on Mercury that went completely unnoticed seemed like it was going to be the swan song for Larry Williams, but suddenly some unexpected things happened The old Europe still professed its love for rock'n'roll and thousands of kids were burning to see on stage the true pioneers of the genre. Larry had known the excellent guitarist Johnny 'Guitar' Watson some years before, and they became lifetime friends, in the mid 60's both joint together and were found sharing the stage in clubs around L.A. One morning the phone rang, and both were called to do a full tour around UK. A band of youngsters from Guilford, UK, called The Stromville Shakers, led by Phillip Goodhand-Tait, were chosen to back them.

The tour was a complete success, as much that before returning home they recorded a couple of LPs in UK, 'The Larry Williams Show', released by british Decca and 'On STtage', a fake live LP which was really recorded on studio in the presence of a frenzied audience led by Screamin' Lord Sutch himself. In both LPs Larry Williams was backed by The Stormville Shakers , but no credits about it appears on Larry Williams On Stage, released by Ike Turner's Sue Records and longtime believed it was recorded live in USA. Johnny 'Guitar' Watson only appears on Decca's, because it seems he had to return to The States before On Stage was recorded. 'The Larry Williams Show' is a great Lp, full of energy in which Larry and Johnny review some of their old hits, play new songs of their own and dare to cover some classics like Jerry Lee Lewis' Whole Lotta Shakin' Goin' and even The Yardbirds' current hit For Your Love.

Two songs from that LP are included here, the A side is an energized review of Johnny 'Guitar' Watson's 'Looking Back' , first recorded in 1961 for Escort Records and sung by Johnny himself. The B side is a new Larry Williams' composition tittled 'Louisiana Hannah' which sounds as strong as his best in Specialty. The association of Larry Williams and Johnny 'Guitar' Watson would continue for several years, releasing another LP together in 1967 and several singles for Okeh, focusing on soul and funk, but the Larry and Johnny recordings with The Stormville Shakers in '65 are some of the best examples of rock'n'roll recorded by original artists in the 60's.