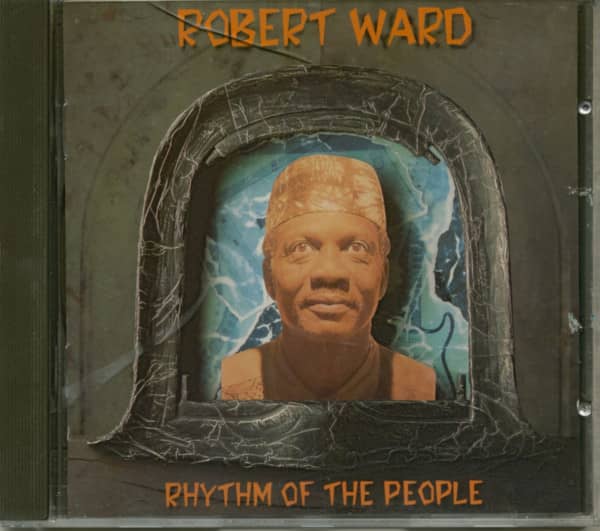 The almost mystical 1991 comeback of guitarist Robert Ward began when he returned to his old Dayton, Ohio stomping grounds and entered Dave Hussong's guitar shop to buy strings. Black Top Records boss Hammond Scott had put feelers out as to the missing guitarist's whereabouts; Hussong passed Scott's phone number on to Ward, and in October of ‘90, Robert was inside New Orleans' Ultrasonic Studios cutting his classic ‘Fear No Evil' CD for Black Top, pumping his Fender axe through a vibrato-drenched Magnatone amp like the one he'd used in the early ‘60s as leader of the Ohio Untouchables. This time, Meters bassist George Porter, Jr., drummer George Rains, keyboardist Sammy Berfect, and a horn section led by saxist Mark ‘Kaz' Kazanoff gave him the skin-tight support he required.

"I had no idea that nobody was looking for me, man," said the late Ward.

Ward was born October 15, 1938 in Luthersville, Georgia. "I come up a little bit in the cotton fields," he said. "My mama and them had some 78s of Sister Rosetta Tharpe, the Five Blind Boys, and people like them. I used to try to sing all of that. And then I progressed to Sam Cooke and the Soul Stirrers. I loved his voice. My mom and dad were working for some white people, cleaning up. So one of the items that they gave them to bring home, plus the food, was a little guitar with a hole in it—the one I learned to play on."

During the mid-‘50s, Robert was a member of the Brassettes, a Hogansville, Ga. group whose ranks also included fellow guitarist/singer Roy Lee Johnson. But Ward wouldn't hit his stride until he relocated to Dayton in 1960 and assembled his own band. "That's when I put the Untouchables together," he said. "I was thinking about Robert Stack and ‘The Untouchables' on TV." His choice of amplifier was crucial in defining his unusual guitar sound. "I was downtown, I believe it was Bernie's Music," he said. "When I walked in there to see all the amps, I saw an amp that said ‘Magnatone' right across the front, and the name just stuck in my mind.

"I said, ‘I bet that's great! Man, plug that up. Let me hear it!' So he plugged the Magnatone up, I put the guitar in there, and went to playing it. And that vibrato came on. I said ‘Oh, boy, sounds like an organ!'" he said. "I fell in love with that."

Ward's gospel-enriched voice and distinctive guitar sound (a major influence on Lonnie Mack) and the band's sizzling R&B grooves were spotlighted on several early ‘60s singles for Robert West's Detroit-based Lu Pine label, both on their own and as backing band for the Wilson Pickett-fronted Falcons on their 1962 smash I Found A Love. Ward and the Untouchables also cut for Thelma Records, another Detroit outfit operated by Robert and Hazel Coleman and named after their daughter, Berry Gordy's ex-wife Thelma. That's where Ward first did his self-penned Your Love Is Real, a brisk 1964 swinger with his guitar to the fore; this Black Top revival hits even harder than the Thelma original.

Ward left the Untouchables in 1965. With a few personnel changes, they became the Ohio Players. Ward wasn't so lucky. Apart from a fine '67 single for Don Davis' Groove City logo, he fell from view. After a stint as an early ‘70s Motown session guitarist, he ended up back in Georgia doing manual labor and at one point served time in the same prison as Major Lance (they formed a band). Black Top gave Robert a welcome second chance, and he made the most of it with the acclaimed ‘Fear No Evil' and two Black Top follow-ups as well as a 2000 Delmark CD. He died on Christmas Day of 2008.