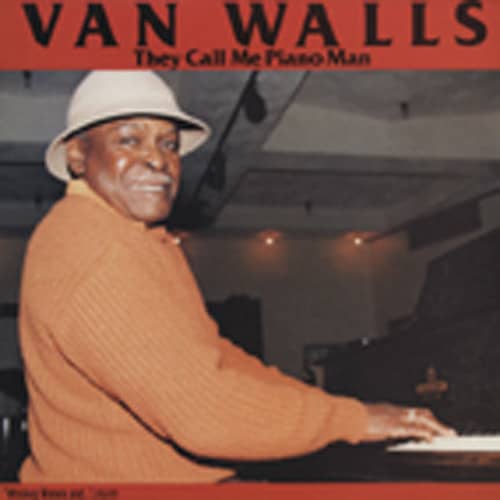 Vann Walls and The Rockets

Vann Walls and The Rockets

It seemed like Atlantic Records could do no wrong when choosing vocal groups to add to its star-studded roster. The Clovers, Drifters, and to a lesser extent The Cardinals cranked out hits like clockwork. Very few young aggregations brought aboard the label by Ahmet Ertegun's company were limited to a solitary single, yet that turned out to be the case with The Rockets.

Their only release, pairing the rousing jump Big Leg Mama and Open The Door, was cut on December 30, 1952 as part of a five-song date (Ride In My Oldsmobile, Boogie Woogie Mama, and Where'd She Go never saw light of day). Authorship on Big Leg Mama was credited to the whole group on their Atlantic platter; a BMI search reveals their individual names were Arnold Barnett, George Byrd, Joseph Hunter, Haywood 'Little Sonny' Warner, and Nevilion Williams (Hunter and Warner were brothers, the rest were their cousins).

The group started out singing as The Four Sons at Second Baptist Church in Falls Church, Virginia before going secular and heading to New York. There the quintet hooked up with pianist Vann Walls. Nicknamed 'Piano Man,' Harry Van Walls was Atlantic's 88s ace whose distinctive touch graced some of the label's biggest hits, often as credited bandleader: Big Joe Turner's Chains Of Love, The Clovers' One Mint Julep, Ruth Brown's 5-10-15 Hours.

Born August 24, 1918 in Millersboro, Kentucky, Harry grew up in Charleston, West Virginia and had two Atlantic singles of his own. Tee-Nah-Nah b/w Ain't Gonna Scold You was waxed in 1950 and featured vocalist Brownie McGhee moonlighting as Spider Sam. After Midnight b/w Solid Sender was cut less than three months before Harry went into the studio with the Rockets. In 1954, he would join The Nite Riders, a swinging Philly outfit led by bassist James 'Doc' Starkes, staying with them for nearly a decade and recording for Apollo, Teen, MGM, Smash, and several more. He died February 24, 1999 after mounting a low-key solo comeback.

Born October 30, 1930 in Falls Church, Little Sonny Warner went on to work as a valet for Lloyd Price, then based in Washington, D.C. He launched his own singing career there after the demise of The Rockets, sitting in with sax blaster Big Jay McNeely in Forrestville, Maryland in 1956 and venturing out to Seattle six months later to join Big Jay's band. Warner brought sanctified intensity to his vocal on McNeely's blues-drenched 1959 hit There Is Something On Your Mind for deejay Hunter Hancock's Swingin' label and sang on several of the saxman's Swingin' followups. Little Sonny's first solo effort was a '61 single for Bill Boskent's Bee Bee label; his best-known solo platter was Bell Bottom Blue Jeans for Checker in 1966. Warner died April 12, 2007 after a bout with prostate cancer.