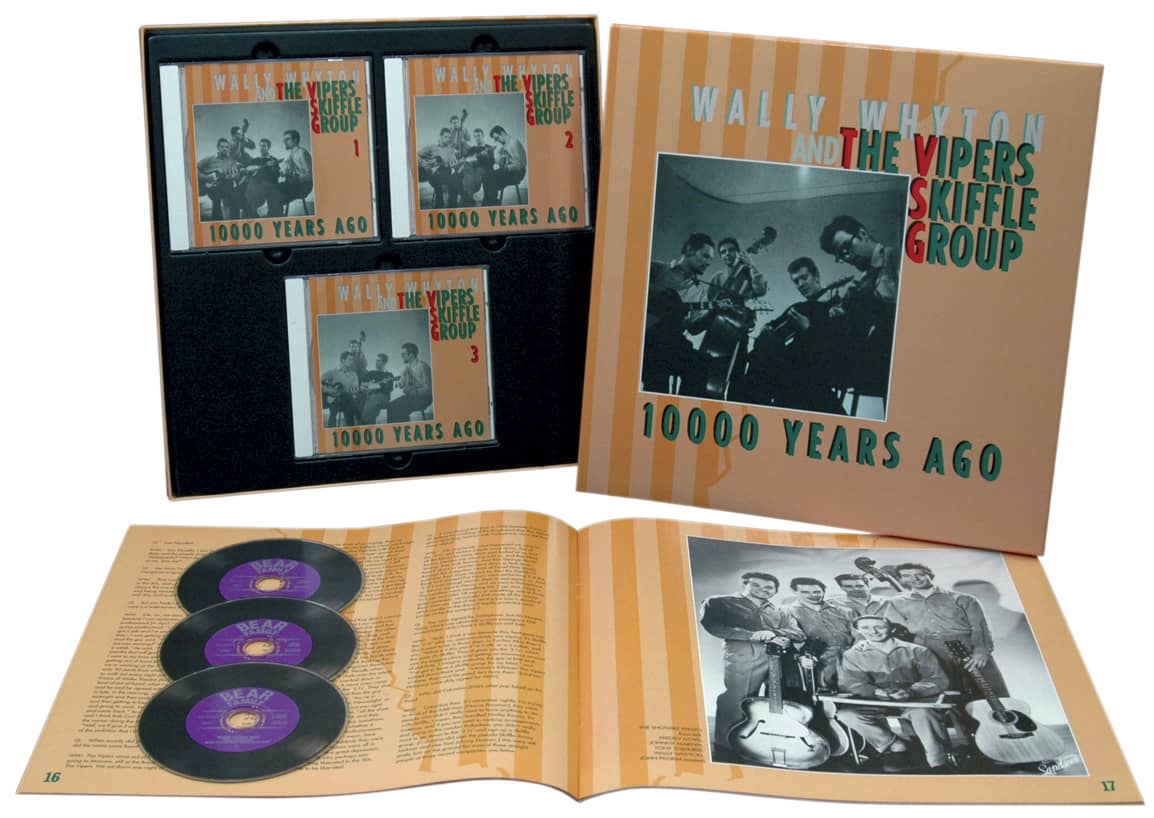 More information about The Vipers Skiffle Group on Wikipedia.org

3-CD box (LP-size) with 36-page book, 64 tracks. Playing time approx. 157 mns. As a group, Wally Whyton and the Vipers were the premier British performers of the Skiffle era. Their distinctive style was the very essence of the musical...
$65.25 $71.18
Song preview
Video
The Vipers Skiffle Group: Skiffling Along With The Vipers (10inch, LP) Art-Nr.: LPROLL2019

(1998/Rollercoaster) 12 tracks - 10" LP - The Vipers were truly the punks of the skiffle era, and these recordings (made around the same time as their Parlophone tracks) have the raw edge and enthusiasm that some say was missing from...
$18.94
Song preview
The Vipers Skiffle Group: Don't You Rock Me Daddy-O (CD) Art-Nr.: CD049820