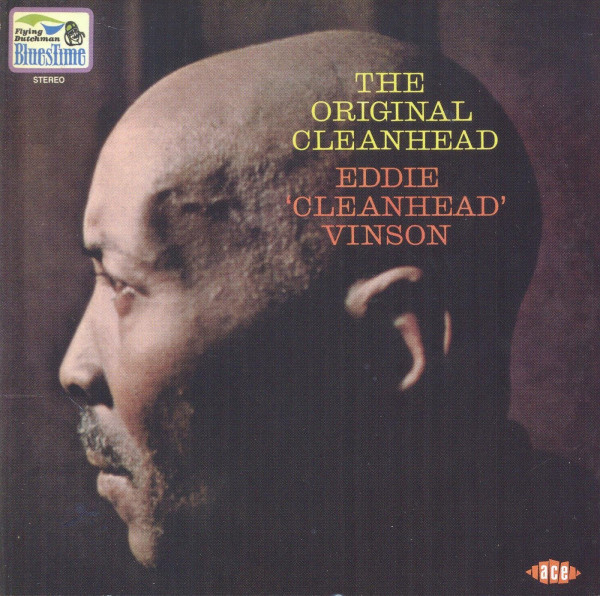 A wide chasm separated blues and jazz during the postwar era, and Eddie Vinson felt it firsthand. He was a top-flight blues singer with an immediately recognizable style and a soaring alto saxist whose jump blues sound wasn't all that far removed from that of Louis Jordan—so delving into modern jazz was forbidden for him.

"I wasn't allowed to do the bebop thing. You see, that's how Miles Davis got 'Tune Up' and 'Four,' because during that time they had me labeled as a blues singer," said the late saxman. "These record companies, you couldn't do that, so I told Miles to go and record it. But I thought he would put my name on it, but I guess he forgot or something."

Born December 18, 1917 in Houston, Eddie hailed from a musical brood. "My father was a piano player, and my grandfather was a fiddle player,"  he said. His vocal skills were honed early. "My singing started in the church," said Eddie. "My aunt was the program director in our church, so naturally everybody in our family had to do something." Vinson took up his horn in high school, studying under Dr. James Lett. "I had a friend who played saxophone. He played it, and I just wanted to play the saxophone. It didn't take long, because I really wanted to," said Vinson. "I had a pretty good teacher. He stressed intonation. He wanted a big sound out of the alto." After graduation, Vinson was a mainstay in the big band of trombonist Milt Larkin. "They called them territorial bands in these days," he said. "We had Arnett Cobb―he was in the band with me―and at one time we had Illinois Jacquet."

Enthralled by his blues singing, trumpeter Cootie Williams persuaded Eddie to join his big band in 1942 in New York. Vinson sang all three of the band's 1944-45 R&B charters for the Hit logo, including Cherry Red Blues and Somebody's Got To Go, before splitting to do his own thing on Mercury in late '45. There he scored big in 1947 with the two-sided smash Kidney Stew Blues b/w Old Maid Boogie. He moved over to Cincinnati-based King in '49, nailing another R&B hit with the sequel Somebody Done Stole My Cherry Red. And on July 7, 1952, he waxed the hard-driving Lonesome Train with a tight horn section behind him, King house guitarist John Faire providing the locomotive-fired fretwork.

Vinson's distinctive bald pate earned him the lifelong nickname of 'Cleanhead.' "We used to have a thing, you'd straighten your hair out," he explained. "And I put some of it on my hair, and it took my hair out. So to shave it out so it could grow back, the response was so good with it being bald that I just kept it off. That's the story of Cleanhead!"  He finally got to cut some jazz for Riverside in 1961 with Cannonball Adderley's quintet, staying active all the way up to his July 2, 1988 death in L.A.