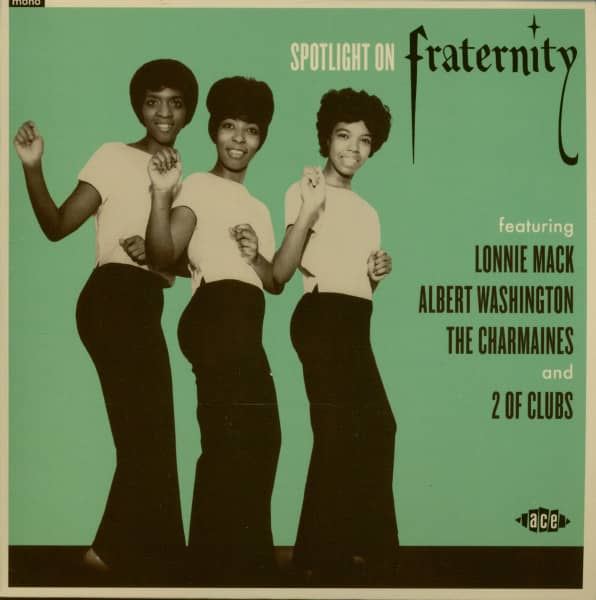 (Ace Records) 3-Track EP - Hardcover picture sleeve, 45rpm, small center hole
In the 1950s and 60s, the Cincinnati recording scene was dominated by Syd Nathan’s King label, whose R&B catalogue made it a major player among post-war independents. In its shadow was Fraternity, a smaller concern launched by Harry Carlson in 1954.

The well-respected Carlson set about building an artist roster which reflected his conservative musical taste, scoring smash hits by Cathy Carr and Jimmy Dorsey a couple of years later which established the label as an indie to be reckoned with.

For those with appetites whetted by this old-fangled 7-inch vinyl sampler, further Fraternity recordings by each of these artists can be found elsewhere in the Ace Records catalogue. For now, though, here’s your chance to enjoy four fine examples of the sound of mid-60s Cincinnati.