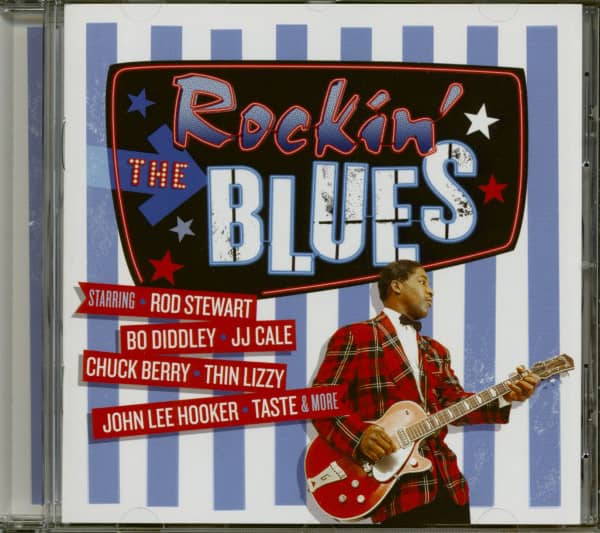 (Universal-Spectrum) 20 original tracks (74:50) mastered at Abbey Road.
,-
In popular music, all stylistic roads lead back to a common source —the Blues.
Though it originated as an African-American folk idiom in places like the Mississippi delta during the late nineteenth century, blues music and its influence has spread far and wide. It proved to be a key foundation stone in jazz but it wasn't until the 1950s and '60s when young white kids on both sides of the Atlantic showed an interest in blues records

What attracted them, perhaps, was the cathartic emotive power of blues music and the fact that it seemed raw, exotic and exciting compared with conventional pop music at the time. Their enthusiasm, particularly in the UK, birthed a revival of interest in American blues music and ignited an explosion
of blues-influenced singers, musicians and bands, which eventually gave birth to a brand new heavier, electric style — rock.

This 20-track compilation presents a selection of seminal American blues tracks from the '50s and '60s alongside some of the artists that they influenced, which include some of the biggest names in rock.