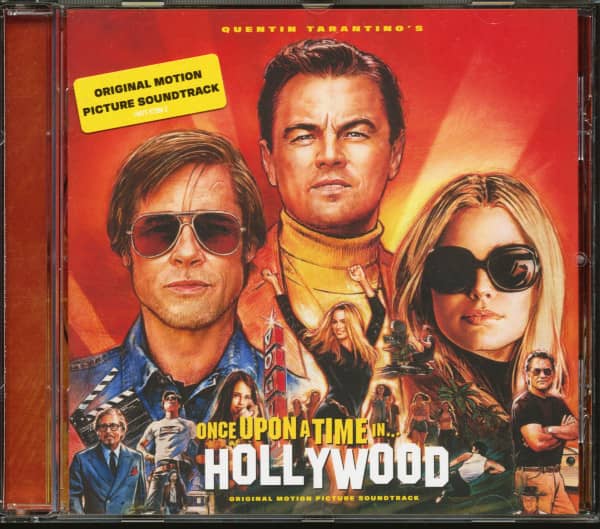 (Columbia-Sony) 31 Tracks - Original music from the film of the same name -
Here is the soundtrack to the new 2019 movie by Quentin Tarantino, Once Upon A Time... In Hollywood! The viewer is taken to Hollywood in 1969, a time of radical and fundamental changes in the US film business.
The ninth work by the legendary US director and screenwriter tells the story of TV star Rick Dalton (Leonardo DiCaprio) and his long-time stunt double Cliff Booth (Brad Pitt), who find it increasingly difficult to find their way around this world. Besides DiCaprio and Pitt, the film's spectacular ensemble cast also includes Margot Robbie (as Sharon Tate), Damian Lewis (as Steve McQueen), Bruce Dern, Luke Perry, Dakota Fanning, Al Pacino, Tim Roth and Kurt Russell.
One of the stars of the film - as we know from Tarantino - is a soundtrack put together with great attention to detail, which musically accompanies his homage to the last glittering days of Hollywood's Golden Era. Songs by such well-known names as Deep Purple, Simon & Garfunkel, Neil Diamond and Paul Revere & The Raiders, as well as jingles and commercials, a soundtrack in the typical Quentin Tarantino way and how we all want it!

$30.50
Quentin Tarantino's Once Upon A Time In Hollywood - Original Motion Picture Soundtrack (CD)