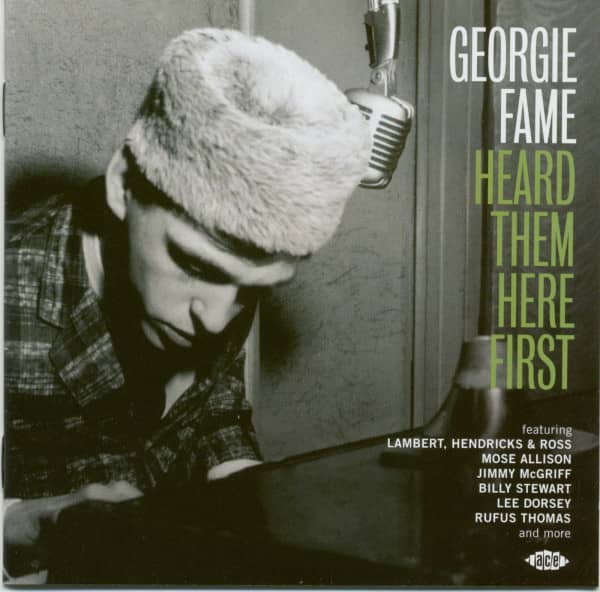 (2015/Ace) 25 tracks. A hero to several generations of mods and a genuine British musical icon, Georgie Fame made his first real impression in the UK playing his own exciting brand of jazzy soul that was informed by the kind of American music he liked himself and played as a working musician with his band, the Blue Flames, from 1963 to 1966. The latest in Ace's ongoing series devoted to the influences and inspirations of major musical talents, Georgie Fame Heard It Here First presents a representative selection of the sounds that shaped the man's tastes in Jazz, R&B and Soul and that got his career on the right track (Baby!). Many of the songs were largely unknown to all but the hippest members of the record-buying public when Georgie recorded his versions, and several of them had not been issued in this country when he did. The featured repertoire is largely drawn from what Georgie recorded during the early to mid-‘60s and includes the original versions of his global chart topper 'Yeh Yeh!' and UK top 20 hit 'Sitting In The Park'. Although many of the titles will be familiar to Fame fans and modernists of all ages alike, there are several mouth-watering rarities and obscurities that even the most ardent collector will be unlikely to have in their original vinyl formats.