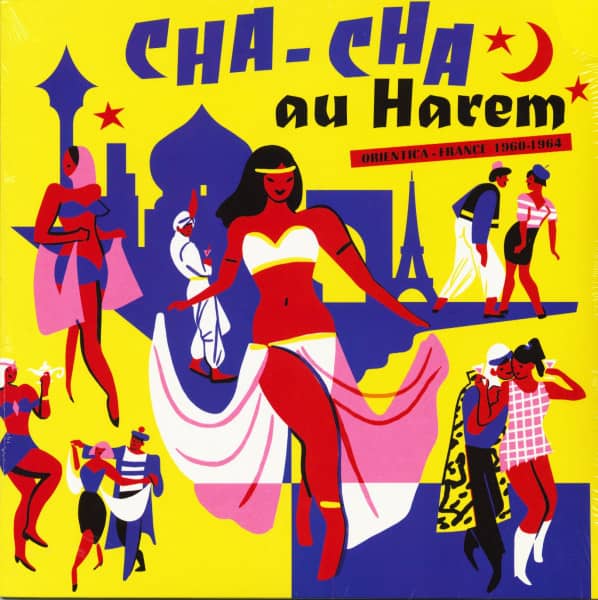 The compilation Loukoum - Cha Cha au Harem offers a tender vision of Gallic France before the sexual revolution. It contains all the clichés about exotic countries: culinary specialties (couscous, Turkish coffee, baklava, etc.), sensual oriental dances, exaggerated accents, enchanting songs performed by European instruments on Hungarian minor scales and accompanied by percussion of unknown origin. Apart from being a simple postcard, this music embodies a form of innocence and naivety, both touching elements accessible in these cynical and judgmental times. The catchy and tastefully arranged melodies of this genre have a delightfully old-fashioned charm.

Bob Azzam, an Egyptian singer of Lebanese origin, popularized it in 1960 with Mustapha and Fais-moi du Couscous, Chérie (Make me couscous, darling). The musician, who had started his career in Italy at the end of the fifties, became really famous in France thanks to these two songs. About twenty LPs followed, not all of them so successful, perhaps because he was not always sovereign in terms of quality and productivity. Léo Clarens, the French-born caliph of Francophone oriental cha-cha, is ubiquitous in this compilation under his various stage names. Born Louis Tiramani Coulpier in Marseille in 1923, the clarinetist founded his first orchestra at the beginning of World War II. Stranded in Algiers during part of the war, he was eventually promoted to conductor of the 2nd Armored Division! After the liberation of Paris, he went to the capital in search of work. There he records his first records (cover versions of American standards