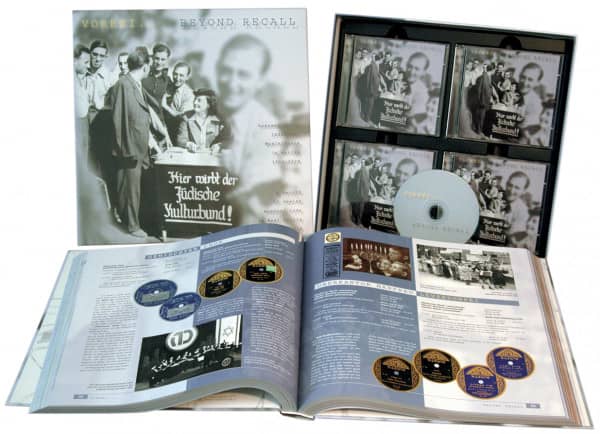 This edition consists of 11 CDs with a total playing time of more than 14 hours of music and a DVD with a reconstructed version of the sound film 'Hebräische Melodie' (Hebrew Melody) featuring the violinist Andreas Weissgerber - this film was believed lost, but is now presented here for the first time. The accompanying hardback book is profusely illustrated and presented in both German and English. The text has been jointly prepared by the biographerHorst H. J. P. Bergmeier, the historianEjal Jakob Eisler and the discographer Rainer E. Lotz, and also contains an introduction by Rabbi Andreas Nachama, a foreword by Henryk Broder, an 'Introduction to the Jewish Liturgy' by Rabbi David Polnaueras well as an explanation of sound recording techniques by the sound engineer Robert M. Laue.