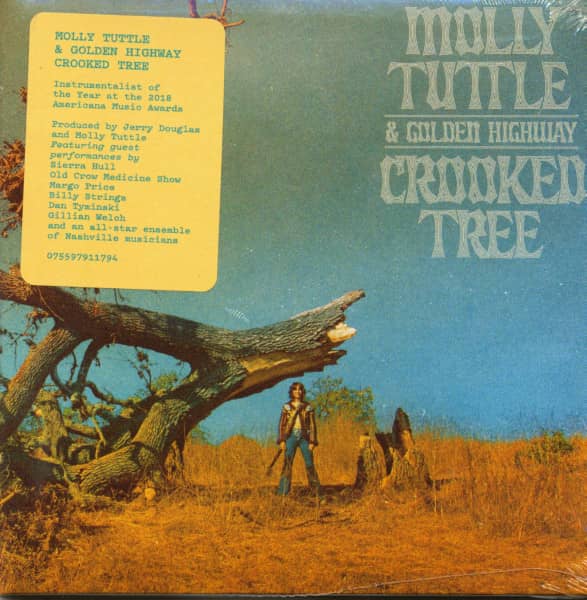 Nonesuch Records is pleased to welcome Molly Tuttle to its ranks. And that immediately with the release of her new album Crooked Tree, which the award-winning singer, songwriter and musician presents together with her bluesgrass collective Golden Highway.

The album was recorded live at Oceanway Studios in Nashville. Crooked Tree was written or co-written in its entirety by Tuttle, and she also co-produced with Jerry Douglas. Guests include Sierra Hull, Old Crow Medicine Show, Margo Price, Billy Strings, Dan Tyminski and Gillian Welch. On the album, Tuttle traces her love of bluegrass, which she once discovered through her father - a music teacher and multi-instrumentalist - and her grandfather - a banjo player. Over the course of 13 tracks, she honors the bluegrass tradition while pushing the genre in new directions. Molly Tuttle grew up in Northern California, attended Berklee College of Music and moved to Nashville in 2015. She has released two albums in the past few years: the 2019 debut When You're Ready, followed in 2020 by the covers album ...but i'd rather be with you.

NPR Music said of When You're Ready at the time, "Tuttle handles her search for clarity with remarkable precision.... artfully crafted melodies that gently imprint themselves on the memory" Tuttle has been the recipient of several honors, including winning Instrumentalist of the Year at the 2018 Americana Music Awards and being named Guitar Player of the Year by the International Bluegrass Music Association in both 2017 and 2018.