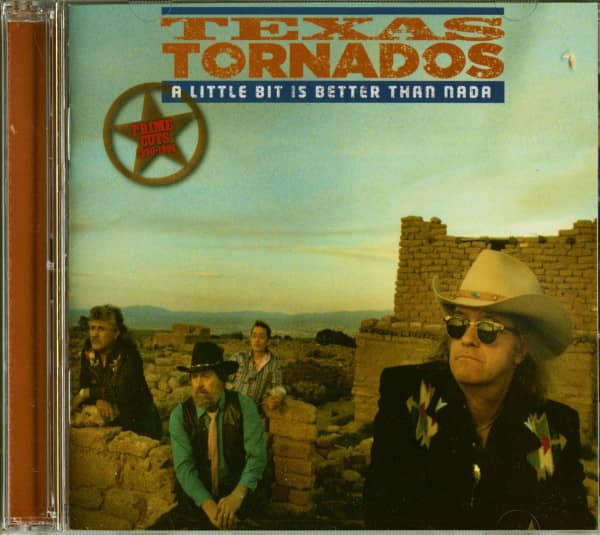 (Real Gone Music) 39 tracks, original Reprise recordings 1990-96, 2-CD, 18-page booklet with liner notes, rare photos and informations to the recordings. Doug Sahm, Freddy Fender, Augie Meyers and Flaco Jiminez are The Texas Tornados! The CD includes 6 previously unissued masters!
The music world has seen many supergroups, but none were (and are) as infectious, upbeat and fun as the Texas Tornados. And make no mistake - the Tornados were a supergroup; when it comes to roots and ethnic music, the band's pedigree was second to none. Accordionist Flaco Jiménez is the king of conjunto music and has played with everyone from the Rolling Stones to Buck Owens, while keyboardist Augie Meyers is basically the vox organ he played with the Sir Douglas Quintet and on countless other releases by Bob Dylan, Tom Waits, John Hammond.... the list goes on. Freddy Fender was the rare Chicano artist who achieved crossover pop success with his style that blended swamp pop, rockabilly, country and Tejano influences with a beautiful, sing-song vocal style, and Doug Sahm - well, Doug Sahm was Doug Sahm, an American original if ever there was one, a one-man melting pot of country, soul, Tejano and rock and roll. Together, these four legends recorded four albums (or five, if you count the Spanish-language version of their debut) for the Reprise label in the '90s that are among the best roots-rock records of all time, rollicking, utterly irresistible music made for dancing, drinking, laughing, loving and living.

Now Real Gone Music has dug deep into the vaults to present the ultimate Texas Tornados collection, a 2-CD, 39-track set featuring top-notch tracks from all their albums - the Spanish and English versions of their self-titled debut, plus Zone of Our Own, Hangin' On by a Thread and 4 Aces - along with rarities and six otherwise unavailable sides, including four instrumentals and a Miller Lite beer spot! Among the non-album tracks are Tornados songs like "Una Mas Cerveza" and the Fender favourite "Wasted Days and Wasted Nights", while album sides include "(Hey Baby) Que Paso", "Little Bit Is Better Than Nada", "Who Were You Thinking Of", the Doug Sahm anthem "Is Anybody Goin' to San Antone" and many more. Randy Poe, a friend of the band, wrote the lyrics based on an interview with Doug Sahm's son Shawn, now the bandleader of the Tornados and a connoisseur of his father's history, while the photos are from the archives of the Reprise label.

Remastered by Mike Milchner at SonicVision and lovingly compiled by Mike Johnson, A Little Bit Is Better Than Nada-Prime Cuts 1990-1996 is a long overdue look at a band that never stopped going strong. 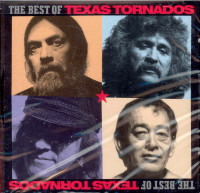