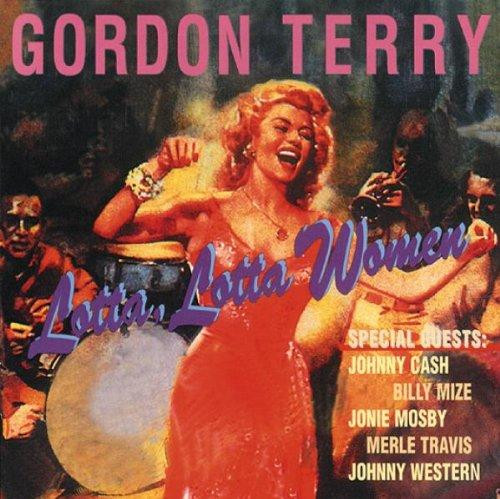 His career is almost impossible to synopsize, but the one thing it's conspicuously lacking is a giant, defining hit. Gordon Terry was always around  hits, but never quite managed to score one. Born in Moulton, Alabama on October 7, 1931, Terry became a championship quality mandolinist and fiddler. By 1950, he was backing Bill Monroe. He began recording for Columbia in 1955, then switched to Cadence (where he passed on Bye, Bye Love), and then RCA. By the time of the RCA deal, Gordon had relocated to the west coast. Wild Desire was recorded when he was living the chemical life with Johnny Cash, and it remained unissued until Bear Family unearthed it for the Gordon Terry anthology, 'Lotta, Lotta Women' (BCD 15581). Wild Desire was written by Polish cowboy singer Pee Wee King and his longtime sidekick Redd Stewart, together with Andy Doll, who recorded rock 'n' roll for his own label, AD, and Starday.